ERA’s system for monitoring air traffic for oil platforms in the North Sea has gone operational. The unique joint project of ERA Company and HITT for Air Traffic Control the Netherlands (LVNL) has been successfully completed and the fruits of one of the greatest challenges in the history of implementing multilateration surveillance systems are exceptionally rewarding… 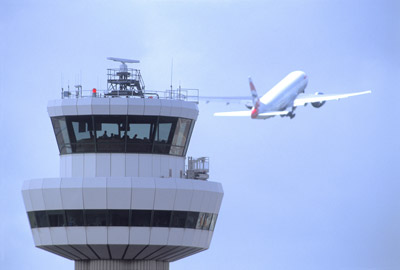 ERA’s system for monitoring air traffic for oil platforms in the North Sea has gone operational. The unique joint project of ERA Company and HITT for Air Traffic Control the Netherlands (LVNL) has been successfully completed and the fruits of one of the greatest challenges in the history of implementing multilateration surveillance systems are exceptionally rewarding. LVNL’s Flight Information Centre (FIC) controllers are currently able to “see” flying helicopters over the oil rig region from a height of 500 feet above sea level.

ERA Company has announced that its multi-sensor surveillance system (MSS) along the north-west coast of the Netherlands has already passed a one year long successful trial and was officially accepted as operational. The system provides coverage for information services of helicopter traffic in the area of oil platforms in the North Sea. Air Traffic Control the Netherlands (LVNL) awarded the contract to former HITT (now defence and security company Saab) and ERA as its subcontractor.

Former HITT and ERA delivered a solution for FIC controllers with accurate surveillance of flights operating over the sea. They used sensors deployed at oil platforms in the North Sea to create a single multi-sensor surveillance system. The MSS system covers the complete area to provide seamless surveillance. The system supports safety of helicopter operations between the shore and oil fields.

In the North Sea area LVNL provides Flight Information Services and Alerting Services for example for helicopters to support their oil and gas operations. They were in need of a surveillance and tracking system to give flight information to helicopters flying to oil platforms. A large portion of the off-shore airspace surrounding the oil platforms is beyond radar coverage, and installing traditional radar would not have been effective or economical. LVNL required an innovative solution to maintain surveillance in the harsh North Sea environment.

“With this system helicopters flying over an oil rig in the North Sea are tracked as low as a level of 500 ft. This greatly enhances the situational awareness of the Flight Information Center Controllers and increases the safety of operations in the North Sea area,” stated Jurgen van Avermaete, general manager Procedures, Air Traffic Control the Netherlands.

The system is capable of detection of ADS-B and Mode S equipped aircraft to provide identification and positional data within an area of more than 30 thousand square miles. As part of the project, 17 sites were installed on oil platforms and 3 on onshore locations or islands in close vicinity. All sensors are connected to a Central Processing Station, which is located at the LVNL headquarters in Schiphol, Amsterdam. The area is covered from 1500 ft till 45000 ft except the Main Helicopter routes and Helicopter protection zone’s which are covered from 500 ft. ADS-B covers the area from 100ft till 45000ft. The output of the system in ASTERIX format is integrated into the multi-sensor data fusion system ARTAS.