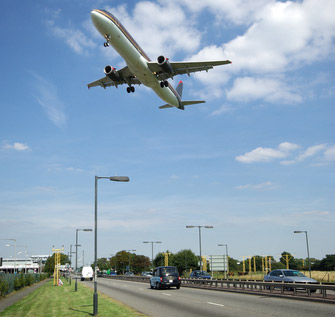 The inquiry revealed a lack of leadership on strategic planning.  Heathrow and Gatwick were not the key focus of the inquiry. However, the lack of a decision over airport capacity in the south east means that it is difficult to see how regional airports fit into the national picture.

The report also looks at the devolution agenda and its potential to improve local planning and economic development. It states that both Network Rail and Highways England must play their part: ‘how they prioritise airport access schemes is vital to allow local areas to plan and develop effectively. Whether by road or rail, people should be able to choose forms of transport which deliver on ease of travel as well as environmental grounds.’

It also highlights the importance to clarify the respective roles and responsibilities of the National Infrastructure Commission, Transport for the North, combined authorities and Local Enterprise Partnerships. This is particularly important to ensure that advances such as integrated ticketing, can be implemented for the full benefit of passengers.

Launching the report, the Chair of the Transport Committee, Louise Ellman MP, said: “Our inquiry highlights the failure to develop an integrated approach to transport planning, from the absence of a decision on airport expansion in the South East, to the lack of a clear plan to upgrade our rail infrastructure which effectively links cities and airports across the north.

“Without a vision for the country, local areas and regional airports cannot be expected to deliver their own plans effectively. When a decision is finally made about airport expansion in the South East, this must be accompanied by a clear plan to optimise connectivity between regional transport hubs across the country. This will provide much needed national coherence on transport planning matters.

“Government should take the lead in identifying and realising the economic benefits of improved surface access around airports. Where there is compelling evidence that airport expansion would act as a catalyst for significant local, and in some cases national, economic growth, the necessary support and coordination should be provided.”

Commenting on the Committee report, Darren Caplan, Chief Executive of the Airport Operators Association, said: “The Airport Operators Association has long taken the view that in order for aviation to grow, people and businesses need to be better connected to airports. Good surface links are crucial to enabling airports to make best use of existing capacity, and play a vital role in enabling our members in all parts of the UK to attract new and more frequent routes, both to existing and emerging markets. This has obvious advantages for both passengers and UK plc more generally.

“Airports are working hard to forge closer relationships with Government, local authorities, LEPs, Network Rail, the Highways Agency and other partners in order to deliver improvements on the ground. They are also doing everything in their power to increase the number of people – both passengers and staff – who travel to the airport by means of public transport, both reducing congestion and delivering for the environment.

“However, as the Committee has rightly acknowledged, the strategic leadership that is required to really push this agenda forwards in future years needs to come from the Government, and the Department for Transport (DFT) in particular. Given that the DFT will be updating its 2013 Aviation Policy Framework later this year we would urge Ministers to use the opportunity to set out their current thinking. To start with we would like them to begin the process of assessing the current level and adequacy of public transport infrastructure connecting UK airports, identify where there are gaps in present and future demand, and move towards a more integrated transport policy and network to ensure surface access projects successfully align rail and road access with aviation.

“The Committee has delivered an important contribution to the debate, and its recommendations should be taken seriously. We look forward to reviewing the Government’s response as soon as possible.”