Shannon Airport has achieved growth again in 2015, with its passenger numbers for last year showing a 5% increase on 2014… 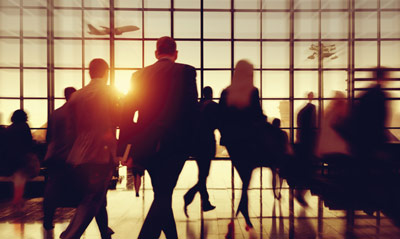 Shannon Airport has achieved growth again in 2015, with its passenger numbers for last year showing a 5% increase on 2014. The biggest growth area over the three year period since independence for Shannon has been on its European services, which have more than doubled (108%) since the airport was made independent in 2013. The biggest-spending inbound tourism market, the US, has, meanwhile, enjoyed a 12% increase since separation.

Commenting on the results, Shannon Group plc Chairman Rose Hynes said, “After the high of 2014 when we achieved 17% growth thanks to a range of new services, the 5% increase in 2015 is a solid performance and there’s plenty of room for further growth in the years ahead. We are determined to continue to expand our market share even in the current very competitive environment”

Said Shannon Group CEO Neil Pakey, “According to ACI Europe our growth last year in terms of terminal passengers Shannon was ahead of what was achieved across like-airports in Europe and this completes three successive years of growth. The growth figures over the last three years represent a great achievement for everyone associated with Shannon and provide the platform from which the business will continue to grow in future years.