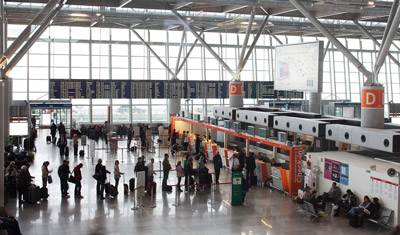 October Passenger traffic at Warsaw Chopin Airport rose by 4 percent to 954,200 travellers compared to the same month last year. The increase marks the airport’s thirteenth consecutive record month. However, the number of passenger flight operations, including the operations of traditional and low-cost carriers, fell by 3 percent.

Commenting on the results, Radoslaw Paruzel, deputy director of Chopin Airport, said: “Once again we were able to beat the record of the number of passengers handled with significantly reduced flight operations. This shows that airplanes are flying less often, but are almost fully booked. This is very good news for the airlines, who also achieved very good results at our airport”

A total of 9.7 million passengers have travelled through Warsaw Airport since the beginning of 2015, a 6.3 percent increase compared to the same period last year. According to Warsaw Chopin Airport, the increase was due to a 7.5 percent year-on-year increase in international traffic rising to 8.7 percent. However, domestic traffic declined 3.6 percent to just under 1 million passengers during the same period.