Airports Council International (ACI) has announced annual results of the organisations climate change initiative Airport Carbon Accreditation. The global airport industry agreed to reduce carbon emissions in a special resolution passed at the 2007 ACI WORLD Annual Congress & Assembly. Since then a growing number of airports have become part of the industry carbon management […] 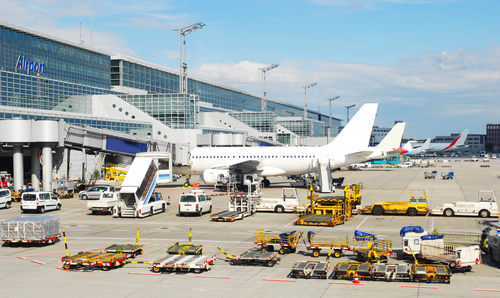 The global airport industry agreed to reduce carbon emissions in a special resolution passed at the 2007 ACI WORLD Annual Congress & Assembly. Since then a growing number of airports have become part of the industry carbon management initiative, Airport Carbon Accreditation. Originally launched by ACI Europe in June 2009, and then extended to airports in the Asia Pacific region in 2011 and African Airports in 2013, the programme has now grown to incorporate North American airports.

The annual results, covering the period 2014 to June 2015, reveal Airport Carbon Accredited status has been earned by a total of 125 airports in over 40 countries across the world, an increase of over 22% on the previous year.  The accredited airports welcome 1.7 billion passengers each year equating to 27.5 percent of all global air passenger traffic.

Olivier Jankovec, Director General ACI Europe, Patti Chau, Regional Director ACI Asia-Pacific, Ali Tounsi, Regional Director ACI Africa and Kevin Burke, Director General, ACI-North America and Angela Gittens, Director General, ACI World commented: “These airports are reporting on their carbon management activities every year and they have mobilised on this of their own accord. And it’s not just the bigger hubs like Dubai, Heathrow, Hong Kong, Paris CDG, Istanbul-Atatürk, Seattle-Tacoma, Seoul-Incheon and Schiphol – the programme has certified a huge number of smaller airports like Eindhoven, Enfidha Hammamet, Farnborough, Hat Yai International, Malmö, Portland-Troutdale and Puerto Vallarta. An impressive 1.7 billion passengers now travel through airports certified at one of the 4 levels of the programme – that’s 27.5 percent of global air passenger traffic. Most promisingly 22 airports advanced up a level of the programme – in the past year, making further progress in the way they manage their carbon emissions. In the past year, these airports have succeeded in reducing the CO2 emissions under their direct control by 212,460 tonnes of CO2. That’s equivalent to the annual CO2 sequestered by 1,495 acres of forest.”

Olivier Jankovec, Director General ACI Europe added: “Here in Europe where the initiative first launched in June 2009, there are now 92 airports in the programme. They welcome 63.9% of European passenger traffic annually. European airports are leading the way on this and the engagement and progress have been tremendous, as can be seen from the fact that 20 of those airports are now carbon neutral.”

Further information about Airport Carbon Accreditation and the 2014-15 report can be found at www.airportCO2.org.