Time Based Separation introduced at Heathrow 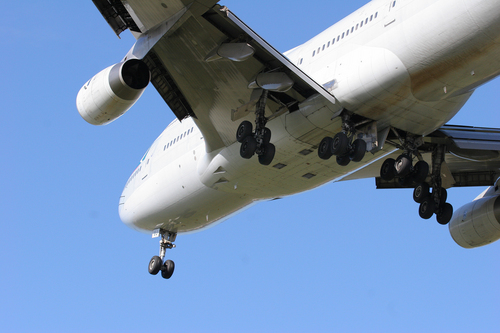 NATS and Lockheed Martin have led the introduction of Time Based Separation at Heathrow Airport reducing delays by an estimated 80,000 minutes per-year. The new Time Based Separation (TBS) technology separates arriving aircraft by time instead of distance and is seen as a major milestone in cutting delays at Heathrow Airport.

Developed by air traffic control company NATS and Lockheed Martin, an air traffic management (ATM) technology provider, TBS is a world first and is expected to halve headwind delays, the single biggest cause of arrival delay at the airport.

The introduction of TBS allowed NATS controllers to land on average two more aircraft per hour and halve delays when compared to similar conditions before the system was implemented. Overall this means TBS is on track to save 80,000 minutes of delay per-year at Heathrow.

Derek Provan, Heathrow Director of Airside Operations, commented on the installation: “Time Based Separation on final approach, a world first at Heathrow, addresses the biggest single cause of arrival delay at the airport. Heathrow has been operating at 98% capacity for over a decade and so technology like this is essential to maintaining our efficient operations, and providing the best service possible to our passengers.”

“It has brought real benefits to our customers through reducing delays in high winds and has been a great example of the benefits of collaborative working.  We look forward to building upon this great work to see what additional benefits can be reaped in the future.”

NATS air traffic controllers land around 42 aircraft per hour. However, if there is a strong headwind the rate of arrival falls dramatically. The Time Based Separation system uses real-time wind data to calculate the optimum safe time between arriving aircraft, allowing separation distances to be reduced in order to maintain the landing rate.

Martin Rolfe, NATS Chief Executive, said: “There was a 35 knot headwind on Heathrow final approach on 30 March. Before Time Based Separation that would have seen the landing rate drop to just 36 aircraft an hour resulting in major delays. But with TBS in place we were landing around 38 consistently each hour and the benefits of that to passengers and airlines are huge.”

Traditionally, the distance arriving aircraft are separated by has been determined by the size of the spiralling air turbulence – or wake vortex – they create. NATS and Lockheed Martin spent five years studying the wake vortex of 150,000 aircraft to prove that it dissipates much more quickly in strong headwind conditions, therefore allowing aircraft to be closer together.