Multi-million-pound investment is said to be needed in technologies such as direct air capture, and some airports could become green energy ‘power stations’ to fuel the aircraft they serve according to the report by Cranfield University. 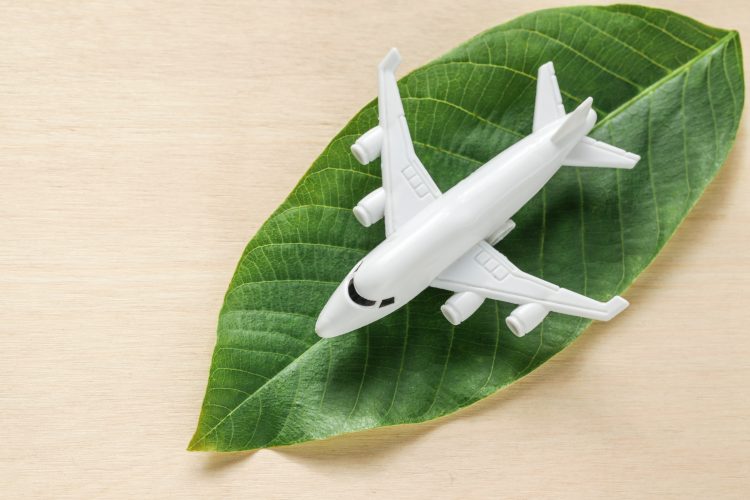 Multi-million-pound investment is urgently needed in technologies including direct air capture (DAC) if the UK is to make ‘green’ airports a reality in the future, research by Cranfield University has revealed.

In the first study of its kind focusing primarily on emissions from the operational aspects of airports, researchers looked at how carbon capture, utilisation and sequestration (CCUS) technologies could be deployed across the sector to help some airports effectively become green energy ‘power stations’ to fuel the aircraft they serve for achieving the true net zero target.

DAC works by capturing CO2 in the air and then either sequestrating it or using it to manufacture carbon neutral fuel.

The researchers said that a combination of integrating renewable green hydrogen technology (generated by renewable energy or low carbon power) with DAC and sustainable aviation fuel, (SAF) would help in the UK’s net zero ambitions. The report added that as part of the government’s Net Zero 2050 roadmap, CCUS should be included alongside other air transport energy policies.

Dr Chikage Miyoshi, a co-author of the report from Cranfield University and lead for the university’s new Sustainable Aviation Systems Laboratory, said: “Carbon abatement measures have the potential to revolutionise the concept of aerospace sustainability, particularly through CCUS at airports.

“The case airports involved in this report recorded CO2 emissions in the range of 50 to 100 kilo tonnes of CO2 per annum. This indicates the potential of direct air capture in an airport environment.

“A combination of integrating renewable green hydrogen technology with DAC and SAF could be the ideal solution for achieving true net zero.

“This all requires long-term investment and strong leadership alongside an integrated energy policy and incentive scheme to facilitate such changes. In the long-run, we could see some airports act as power stations to fuel sustainable air transport operations.”

CCUS has both engineering and nature-based solutions

Six different types of CCUS engineering-based solutions were examined as part of the report. These can be combined with nature-based solutions for mitigating CO2 emissions, including tree planting and wetland restoration.

“Although the land required for DAC is relatively small” said Dr Miyoshi, “the initial investment is large. However, when we compute the operating cost to abate CO2 per passenger, it represents value for money.

“There are various sources of emissions at an airport ranging from electrical generation through to ground operations. Emissions from passenger surface access (the way customers reach the airport) are the second largest emissions source after aircraft emissions.

“Based on current technology, it is estimated that for CCUS engineering measures at Luton Airport, up to 0.04-2.5 km2 would be required. Some aspects could be introduced by airports working with local power stations.”

London Luton Airport Head of Sustainability, David Vazquez, said: “This collaboration provides timely, valuable insight into carbon capture and storage technologies and innovations, some of which we will explore further as we develop our evolving net zero roadmap.

“Although we recognise there will be some emissions that we cannot reduce in the short-term, London Luton Airport is committed to achieving carbon neutrality in 2023 and net zero for airport operations by 2040. This study is an example of the way in which LLA is working with the wider industry to look at the potential of emerging carbon capture technologies”.

“Contributing to the research by Cranfield University is one example of our collaborative industry approach to exploring new ways to help decarbonise the industry and reach net-zero emissions.”

The report – The viability of Carbon Capture at Airports using Innovative Approaches – will be published at the end of August on the Cranfield University website.