The project to expand Philadelphia Airport’s air cargo facilities has the potential to create more than 28,000 jobs and drive billions of dollars in direct economic impact to the region. 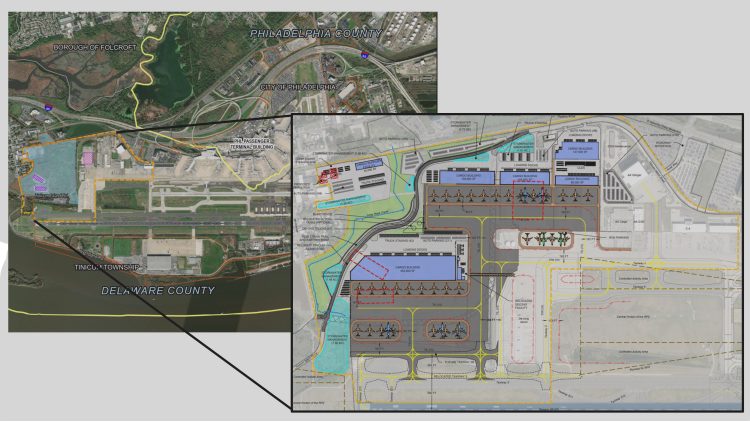 Philadelphia International Airport (PHL) has announced that it will expand its air cargo facility footprint by 136 acres and almost triple its cargo building square footage from 600,000m to 1.4 million as part of the newly presented PHL Cargo Expansion Strategy.

The presentation, provided in a series of public virtual events, came on the same day that PHL announced a facility redevelopment partnership with the Aviation Facilities Company (AFCO) and its new membership with The International Air Cargo Association (TIACA).

“This initiative will have a massive economic impact on the region and cement Philadelphia’s status as an intermodal logistics hub,” said Philadelphia Airport‘s CEO, Rochelle ‘Chellie’ Cameron. “We are thrilled to begin this work in partnership with our interdisciplinary partners to drive both immediate and long-term growth.”

A study commissioned in 2017 by PHL revealed that the airport captures only nine per cent of a potential $53 billion air cargo opportunity passing through its catchment area. PHL’s leadership team leveraged its aviation expertise to partner with peer agencies and plan a redevelopment of the area, which is located in Tinicum Township and was purchased in 2018. The programme has the potential to create more than 28,000 jobs and drive billions of dollars in direct economic impact to the region in coming years.

The expansion programme relies on numerous infrastructure projects to prepare the property. PHL has already invested $90 million through airport revenue bonds and some small grants to enable the development of the site. These projects include an environmental assessment, a $30 million wetlands mitigation project, the construction of a $40 million aircraft parking apron and the $22 million relocation of a one-mile stretch of road that currently bisects the property. Additional needs, like the demolition of existing buildings and installation of utility infrastructure, are also part of the programme.

“We have a huge opportunity to become one of the most successful cargo airports on the East Coast, focusing on speed, efficiency and quality,” said Philadelphia Airport‘s Director of Air Service Development and Cargo Services, Stephanie Wear. “Our ability to attract and collaborate closely with world-class partners is a major strength of this programme.”

The Federal Aviation Administration (FAA) issued a Finding of No Significant Impact decision after reviewing the airport’s proposed West Cargo Redevelopment and Expansion Plan in 2021. As part of the airport’s expansion strategy, an RFP was posted to the City of Philadelphia website in mid-June 2021 to advertise an opportunity to build an Air Cargo Community System for PHL’s current and future cargo tenants.