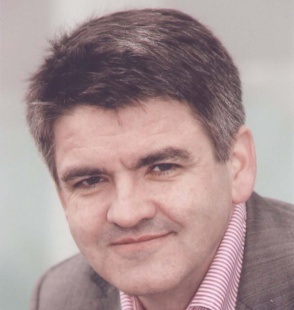 The Board of Shannon Airport Authority plc (Shannon Airport) has today announced the appointment of Neil Pakey as the company’s new CEO. Neil has over 30 years’ experience in the industry, with a strong track record in delivering airport passenger and revenue growth and in property management. He has since 2010 been the Senior Director Network Marketing of the Vantage Airports Group with responsibility for 18 airports worldwide, including airports in Canada, Cyprus, the Caribbean and the UK.

In addition, from 2006 to 2010, Neil was Deputy CEO and CEO of Peel Airports Ltd, which owned Doncaster Sheffield and Durham Tees Valley Airports, as well as Liverpool John Lennon.

He has also held senior positions at two international airlines, Air Seychelles and British Caledonian Airways, and was seconded as the UK National Expert in the aviation division of the European Commission from 1991 to 1994, specifically supporting the development of the EU air liberalisation programme. Neil also chaired the UK Airport Operators Association for three successive terms.

Rose Hynes, Chairman of Shannon Airport, said: “I am delighted to announce that Neil is joining us as CEO. He has an excellent track record and we are very fortunate to have secured a person of such ability and experience to drive the business forward, not just for the benefit of Shannon Airport and the Mid-West region but for the benefit of the Irish economy as a whole. Neil takes on the job at a very important and challenging time for the company and I am confident that he will do an outstanding job.”

The Minister for Transport, Tourism and Sport, Mr Leo Varadkar TD, welcomed Mr Pakey’s appointment as CEO: “Mr Pakey brings a wealth of experience in the aviation sector and an understanding of the challenges and opportunities facing Shannon airport. The Government set Shannon on a new strategic direction by granting it full independence from the Dublin Airport Authority almost six months ago. Mr Pakey will lead Shannon Airport as it sets out on its own path to secure financial and commercial success, now free to determine its own future.”

The Minister added: “A key priority for the new CEO and the new board of Shannon Airport will be to arrest the decline in passenger numbers which has been the trend for the last five years, and then reverse it.” Mr Varadkar added: “Mr Pakey will also become the CEO of the new Shannon entity to be formed from the merger of Shannon Airport with a restructured Shannon Development, which will develop a broadly-based aviation industry cluster in and around the airport providing a strong employment stimulus in the Shannon region. The drafting of the Bill to provide for this merger will be carried out over the summer and will be brought through the Houses of the Oireachtas during the autumn session.”

Neil Pakey said: “I am honoured to be offered the opportunity to lead Shannon Airport. I am attracted to the situation largely because of the strong commitment to teamwork and stakeholder engagement of the new Board of Directors. My aim is to build the business and lead a team dedicated to achieving operational excellence, superior customer service, efficiency in all functions and with full support for our airlines, partners and stakeholders.“

Neil, who is from Troon, Scotland, takes up the position of CEO of Shannon Airport on 10 June 2013. His appointment is for a three year term.