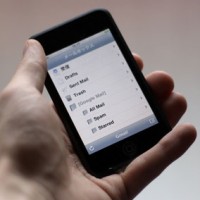 Airline passengers want more control of their journey and are looking for more self-service and mobile-based offerings to reduce stress during travel according to the 2012 SITA/Air Transport World Passenger Self-Service Survey released today. It reports that 70% of passengers now carry smartphones, which is fueling the demand for services such as self-boarding and flight information updates on their mobiles.

Self-service continues to be increasingly popular with passengers: almost two thirds used a self-service channel to check-in on the day of the survey, up from just over half last year. Close to 90% of passengers rated flight status updates on their mobiles and self-boarding as their top self-service technologies.

Francesco Violante, CEO, SITA, said: “What passengers really want is to avoid delays and to be kept informed of what is happening. Nearly everyone surveyed said they would welcome any queue-busting services and 89% voted self-boarding as their top technology. It is very clear from our IT Trends Surveys earlier this year that airports and airlines are working in the same direction, so we expect to see significant growth in technologies aimed at reducing waiting times.”

Violante continued: “The number of passengers with smartphones has risen dramatically over the past year from 54% to 70%. We are already seeing the impact at airports with mobile check-in increasing by one third during this period and as many as 21% of passengers have now used a mobile boarding pass. We’re now at the tipping point of explosive growth in mobile services offered to passengers, which will give them more control over their journey and reduce stress.”

As passengers become used to the services currently on offer, they want more. For example, self-service check-in has been popular for some time, but checking in a bag has remained a barrier. However, passengers are now showing a willingness to do it themselves, with 68% picking automated bag drop as one of their top self-service offerings.

This year, websites hold the position as the most frequently used platform for check-in with 79% using them regularly or occasionally. Kiosk usage also increased further, with 77% of passengers using them for check-in reinforcing the fact that passengers want multi-channel self-service.

Although passengers expressed interest in using social media for travel-related activities, it is generally lower than for other channels such as mobile. Only 65% of passengers said they would use flight status updates if offered via social media, while 89% of passengers will use them when offered on mobiles.

For the second year running, passengers show a lack of enthusiasm for receiving service promotion or retail offers on their mobile phones with just over half open to receiving advertising. However, of those who do not want to receive advertising, 61% would change their mind if they were given control over what they receive. They are only interested in promotions if airlines and airports personalize them, make them relevant and allow the passenger to control their delivery.

Find out more details of the results at the 2012 Passenger Self-Service Survey Webinar which will take place 11am EDT, October 10th. Register now.