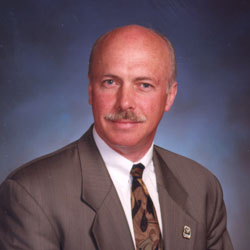 The Board overseeing the operation of Detroit Metropolitan Airport and Willow Run Airport has approved a contract with Tom Naughton removing Interim from his CEO title. Naughton has served as Interim CEO of Wayne County Airport Authority (WCAA) since October 31, 2011 when the Board terminated the previous CEO Turkia Mullin who served for approximately two months. In less than 11 months, Naughton has shaved $23 million in costs from the Airport Authority budget, reduced staff by 58 people with no layoffs, reorganized the management structure, implemented an option for free Wi-Fi within the terminals, resolved labor contracts with the majority of WCAA’s ten bargaining units and improved the organization’s credit outlook.

“Tom has demonstrated very strong leadership and administrative skills since stepping into the role of Interim CEO,” said Board Chair Mary Zuckerman. “His ability to stabilize the airport and keep moving it forward was recognized recently by global rating agencies Fitch and Moody’s and he has inspired the confidence of his staff.”

“I am grateful to the Board for this vote of confidence and will work diligently to live up to their expectations,” said Naughton. “I feel especially honored to lead this team of outstanding and seasoned professional employees whose amazing dedication, creativity and pursuit of excellence makes me proud every day.”

Prior to his appointment as Interim CEO, Naughton had served as the Airport Authority’s Chief Financial Officer since its inception in 2002, during which time he led the creation of the Authority’s finance and technology departments. Naughton was named “CFO of the Year” among nonprofit government agencies by Crain’s Detroit Business in 2009.

“Our longstanding commitment to our top priorities of safety and security will not waver. We are also focusing on our responsibility to take good care of some of the State’s most critical transportation infrastructure,” said Naughton, referring to runway reconstruction projects at both Detroit Metropolitan and Willow Run Airports.

“Maintaining and generating new air service for our business and leisure travel communities and stimulating economic development at and around the airports are other areas of key focus,” said Naughton. “We are also working on a much-needed sustainability plan for the long-term viability of Willow Run Airport.”