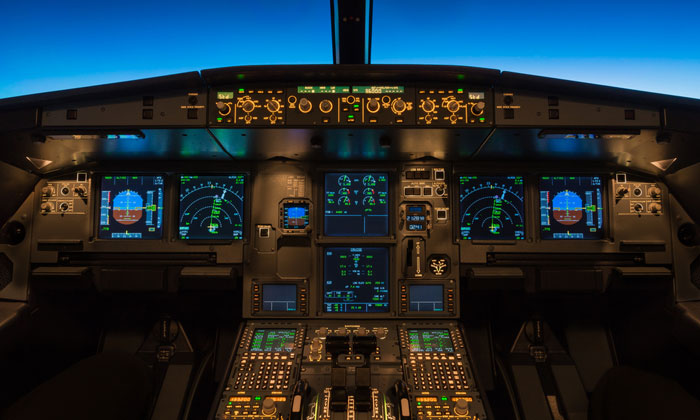 Satellite communication (satcom) in the cockpit has saved airlines more than US$3 billion thanks to safety and efficiency benefits, according to a study released today by Helios and Inmarsat (ISAT.L), the world’s leading provider of global mobile satellite communications.

Satcom is the use of voice and data services via satellite to communicate with aircraft outside the range of conventional ground radar and Very High Frequency (VHF) stations, such as over oceanic regions. It is typically used for air traffic control and airline operations. The inaugural study, conducted by Helios, valued the benefit of satcom to airlines between 2001 and 2016.

It found that one single Air Traffic Control (ATC) benefit mechanism – reducing separation minima, which allows aircraft to fly closer together safely – was responsible for savings of US$890 million alone. Thanks to satcom, planes can now fly within 30 nautical miles of each other because of safe, reliable communication and tracking; previously aircraft were required to maintain a separation of 100 nautical miles. This allows aircraft to fly closer together and means more planes can fly in a given airspace, which is particularly beneficial over the busy skies of the North Atlantic. If an aircraft is not equipped with satellite communication capability, it must maintain the 100 nautical mile separation, and is not permitted to fly in certain areas.

The US$890 million saving is a major part of the US$1.1 billion total ATC saving identified by the study. Other benefits that satcom provides to ATC include:

A further US$1.9 billion is saved thanks to the ability of aircraft to communicate with their Airline Operations Centre (AOC). AOC applications use real-time information to help airlines improve flight safety or provide a more efficient service at a lower cost. Delay management and scheduling is improved, fleets and flight crew can be better managed, maintenance can be taken care of and turnaround time on the ground is reduced.

Traditionally AOC communication is provided by the exchange of simple text messages between the pilot and the controller. As satcom bandwidth capacity increases, bringing broadband connectivity to the cockpit, there will be an explosion of IP-based AOC applications, allowing airlines to further optimise flight operations and fleet management. For example, an aircraft’s health can be constantly monitored, and any maintenance issue signaled ahead to the ground crew so parts and maintenance staff are ready as soon as the aircraft lands. Until now, most maintenance information was delivered upon landing, with potential for delaying speedy resolution of an issue.

Broadband connectivity will also help with urgent ATC demands, as our skies see ever more traffic. By 2030, there will be more passengers in the sky each year (7 billion) than there are people on the ground right now. They will fly in 40,000 aircraft, the majority of which will be connected.

The Helios study looked at benefits over oceanic regions, but it also highlights how satcom can complement existing ground-to-air data communications over land too. Savings over continental regions could equal those over the oceanic regions.

For example, in the congested airspace of Europe, the Iris Precursor project has been established by the European Space Agency with support from Inmarsat and other aviation companies. It uses satcom to allow precise ‘4D’ flight path control, which optimises flight speed and descent profiles. It is designed to dramatically reduce delays, particularly around large hubs.

“This is the first time that the benefits of satellite communication have been quantified and the results are impressive. The technology has already delivered huge benefits to the industry and emerging applications mean the trend is set to continue, in fact it is set to accelerate.”

“This study shows how satellite communication has already done so much to improve the safety and efficiency of the skies. With the arrival of IP-based applications and new data-hungry cockpits, secured satcom enables cloud-computing and sensor fusion and delivers a step-change in critical safety data, as well as improved operational performance of today’s fleets. The potential to enhance the safety and efficiency of air travel is unlimited.”

Inmarsat pioneered cockpit data with the launch of Classic Aero back in 1990 and is today the leading service provide with 95 per cent market share. SwiftBroadband-Safety, its new IP-based broadband platform for the flight deck, brings aircraft connectivity to new levels. Always-on, always-secure high-speed broadband in the cockpit delivers much faster communication and a host of new safety and efficiency applications.