Exclusive interview with the team behind Copenhagen’s redevelopment

International Airport Review is granted exclusive insight from the architects behind the ambitious expansion of Copenhagen, Zeso Architects.. 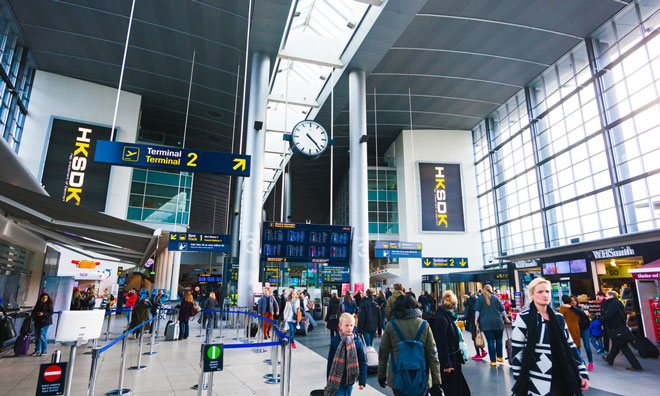 As Copenhagen Airport undergoes an exciting redevelopment to firmly place it on the international map, International Airport Review is granted exclusive insight from the architects behind the ambitious expansion, Zeso Architects… Copenhagen Airport has developed a masterplan to increase passenger capacity to 40 million passengers per year and the new Pier E be will one of the first major projects to be realised as part of this expansion. Pier E is primarily intended to accommodate capacity for an expected increase in demand for long-haul flights.  We are currently designing the first stage of the building which contains both bus and bridge-equipped gates as well as space for future implementation of border control and transit security. Traffic to and from CPH GO, the airport’s dedicated low-cost pier, is also incorporated in the building.

Stage one of the building is approximately 24.000m2, making it the largest expansion at Copenhagen Airport since Terminal 3 in the late 1990’s.

Zeso Architects is teamed up with Vilhelm Lauritzen Arkitekter and COWI as the design consultants for Pier E. I have professional history at Vilhelm Lauritzen where I was an associate partner before joining Zeso three years ago as partner and leader of our Aviation segment. This has made our teamwork seamless and allowed us to provide CPH with a broad range of competencies. I have the role as ‘responsible for architecture’ for the team and am leading our combined design efforts. We have developed the architectural design of the project from CPH’s building program and are currently in the late stages of the design phase and just beginning to tender the construction work.

This process has entailed extensive interaction with CPH’s numerous internal stakeholders in order to ensure that our design fulfils not only functional and technical requirements but also maintains the high standard of design which is a hallmark of Copenhagen Airport. We are building on design history at CPH and have extended the character and atmosphere of the existing airport while simultaneously adding an up-to-date look.

Zeso Architects has done several studies in recent years regarding optimisation and capacity expansion possibilities for CPH and we knew through this work that there were major projects in their pipeline. We have also recently completed the design and execution of bus gate facilities for wide body aircraft at CPH, which is a first step in expanding capacity for long-haul flights.

The project for design consulting for a new Pier E was tendered through the EU and we decided the best way to serve the client was to team up with another architecture firm and COWI, an industry leader in engineering for aviation projects.  Our team pre-qualified and we won the tender based on a combination of price and, important to the design, a description and illustrations that demonstrated how we imagined the architecture of the new pier could be and in particular its relationship to the existing airport complex with its design history. I think having a strong consultant team combined with Zeso’s knowledge of the airport and our new interpretation of CPH’s ‘design DNA’ made us attractive in the selection process.

Zeso is committed to continuing our design services for Copenhagen Airport, which we consider our home base both geographically and professionally. At the same time we plan to use our experience from CPH and other projects to extend our services to airports around Europe and beyond.

Most airports today are facing similar challenges and we feel we are particularly well-prepared now to design for optimisation and capacity expansion. We combine solid industry knowledge regarding design for aviation with a Nordic sensibility, which focuses on passenger and staff well-being in order to increase the airport’s viability and competitiveness.

So hopefully the future for Zeso includes many aviation projects both in Copenhagen and at airports around the world!