Airlines may hope to dodge Brexit risks under Norway

Lewis Crofts of Mlex explores the hope of airlines to retain access to Europe’s single aviation market and considers the Norwegian option in the event of a Brexit. 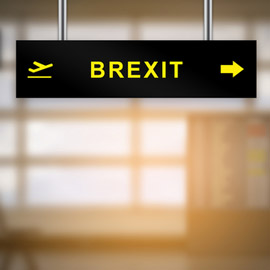 Air transport liberalisation is one of the EU’s success stories: Citizens are flying to more places at cheaper rates.

If UK voters opt to leave the union, the government – supported by the likes of British Airways and EasyJet – would likely seek to retain access to Europe’s single aviation market. But rolling over those provisions may not be straightforward, and some predict hikes in fares of up to 30 percent.

Prime Minister David Cameron said in October that leaving the EU would increase airfares. Economics consultancy Oxera puts the figure at between 15 percent and 30 percent.

The question is whether the UK could replicate – after a “Brexit” – the benefits of Europe’s drive to liberalise the sector. The solution would be relatively straightforward. Achieving it might not be.

“The shape of the UK aviation sector post Brexit will… be determined by the ability and willingness   of the UK government to retain access to the EU aviation market, or to build new relationships with non EU countries, to protect passengers and businesses alike,” law firm Eversheds has written in a research note.

What does aviation liberalisation mean? For most people, it’s the emergence of low-cost carriers including Ryanair and EasyJet, and flights for 20 euros ($23) to sunny resorts.

But in regulatory terms it means any airline owned by nationals in one EU country can operate within the bloc without curbs on prices, frequency or capacity. An InterVISTAS study in 2006 found that in four years after liberalisation air traffic doubled.

According to the International Civil Aviation Organization, promotional fares in the EU dropped by 30 percent between 1992 and 2000 in the wake of liberalisation.

Leaving the EU doesn’t immediately close Europe’s open skies to the UK. Norway is outside the EU but has access to the single market by signing up to the European Common Aviation Area, or ECAA.

Airlines have warned that holidays will be more difficult and that ticket prices will go up if the UK leaves the union following a June 23 referendum. But Leave campaigners stress it would be in the interests of both the UK and the EU’s remaining members for British airspace and airports to remain inside the single market.

If the UK signed up to the ECAA as an independent country and not via its EU membership – in the same vein as Norway – this could be achieved. It would require the UK applying EU laws on aviation: air traffic laws, safety guarantees, airport regulation, for example.

But given these laws are already part and parcel of Britain’s regulatory landscape – without much contention – there is little to suggest this would be a problem.

The path to signing may not be that simple, however. In the fractious post “Brexit” climate, some other ECAA signatories might be reluctant to grant the UK – with its massive hubs and major carriers such as EasyJet and British Airways – continued access on the same terms.

Some speculate that rival hubs in Amsterdam, Paris or Frankfurt will be unwilling to do Heathrow any favours.

Still, signing up to the ECAA would be the quickest and simplest solution for the UK government. All other options involve a web of bilateral deals that would be complicated to negotiate and undesirable to pursue.

Other areas of law also apply to the EU’s aviation sector, notably competition rules and state aid provisions. It’s unclear what status they will hold under a “Brexit” scenario. Nevertheless, the UK would be unlikely to deviate significantly from their present substance.

Given the UK’s economic and geographic position, it will have a particular interest in ensuring air traffic with the US isn’t disrupted by a “Brexit.”

Currently, the EU-US Open Skies agreement governs this relationship, allowing US carriers to fly to European destinations and vice versa. It’s crucial to the functioning of global airlines alliances such as Oneworld and SkyTeam.

Leaving the EU, the UK would drop out of that accord. It could seek to remain under its terms through its formal ties to the EU – as Norway does – or take the trickier option of negotiating a new bilateral deal with the US.

The EU is also pursuing agreements with other non-European countries to facilitate air travel.

On the 07 June, transport ministers from across the bloc approved the start of such negotiations with Southeast Asian nations, Turkey, Qatar and the United Arab Emirates.

Outside the EU, the UK wouldn’t benefit from these arrangements and would have to negotiate its own separate bilateral terms.

Following Norway’s lead and signing up to the ECAA is clearly the UK’s best option post “Brexit.”

In other industries, Leave campaigners have turned their back on the Norwegian option, saying it entails too many obligations toward EU law and EU standards.

But there seems to be little appetite to shun those regulations in the aviation sector. So Norway could, in this area, provide the solution.

We’d love to know what you think. Please comment below and let us know!