With the demand for UK aviation growing rapidly and airports in the South East reaching full capacity, Nick Barton, CEO of London Luton Airport, highlights the role which airports other than Heathrow and Gatwick can play in relieving pressure in the short and long term… 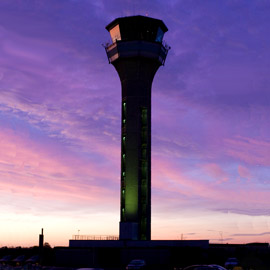 Demand for aviation in the UK is at record levels. The CAA recently reported that 2015 was the busiest ever summer period, with UK airports handling more than 78 million passengers in total.

This demand is only set to increase, and the South East airports are reaching capacity. Clearly a decision about how to solve that problem is imminent, but according to the DfT’s own projections, even with the addition of a seventh runway in the London system, capacity will still struggle to meet demand by 2030.

Something more has to be done in the short and long term to meet the growing demand for air travel.

The Davies report made clear the role which airports other than Heathrow and Gatwick can play in the short-medium term, stating that  “[it] is imperative that the UK continues to grow its domestic and international connectivity in this period, and this will require the more intensive utilisation of existing airports other than Heathrow and Gatwick.”

London Luton Airport (LLA) is already playing its part. We are currently investing £110m to expand annual capacity by 50% in the next four years, to 18 million passengers. This investment will allow us to help relieve pressure in the South East, but will also provide significant benefits for our passengers and the local area.

The major works began in January, when Secretary of State for Transport Patrick McLoughlin officially ‘broke ground’ at the airport.  He echoed the Davies imperative by saying: “The transformation of London Luton Airport is adding to the UK’s reputation for world class aviation infrastructure. Not only will its development help to meet demand for aviation but will also create thousands of jobs.”

This is an exciting time at LLA, particularly given our recent record-breaking passenger numbers last year, which shows no sign of abating. In the first two months of 2016 the airport has already seen an increase of over 26% compared with the same period last year and marked 23 months of consecutive growth.

Increased demand and growing capacity must be supported by improvements to the rail infrastructure. Whilst we develop the airport, we will be working hard to upgrade transport links, making journeys easier for passengers as well as improving the local infrastructure.

We’re currently working with the Department for Transport to make a provision of more fast train services as part of the new East Midland Trains franchise. The franchise agreement represents an opportunity to increase the single fast train per hour (19min) service between Luton Airport Parkway and St Pancras to four fast trains per hour.

We’ve already secured overnight services, making rail viable for an extra 400,000 – 600,000 passengers per year and we’re working with Transport for London to add LLA to the Oyster network, something which we expect to happen this year.

Wherever the extra runway is built in the South East it’s important to realise that it will only ever be part of the solution to the capacity problem. Just as important is the need to realise the full potential of all the runways we already have, and LLA has a vital part to play in this respect.