Wake turbulence behind aircraft has always been an issue. Approximately 50 years ago, when bigger aircraft became part of normal operations, ICAO developed provisions for how to address this risk. The solution was to allocate all aircraft based on MTOW into three categories – light, medium and heavy – and defining the additional separations required to avoid wake encounters. Independent Aviation Consultant and International Airport Review Editorial Board Member, Bo Redeborn, explores further… 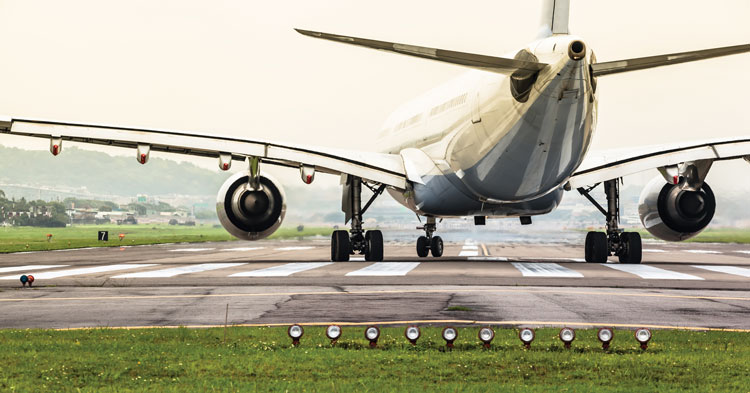 Present provisions have been overtaken by events and mixes of aircraft today require a re-categorisation both for maintaining safety and increasing capacity. At some airports, adjustments of the present provision have already been implemented.

On-going work in the global arena for the re-categorisation consists of three phases of which the first is already complete. Basically, this is to increase the number of categories from three to six based on weight and wingspan. The second phase is to move to pairwise consideration when additional separation is needed.

The ultimate objective should be achieved through dynamic pairwise separation where all elements that impact wake vortex and its decay are taken into consideration.

When looking at all the issues related to wake vortex and the risks associated by encounter wake of other aircraft, it is obvious that the fully dynamic pairwise wake separation is the optimum solution to ensure safety, and at the same time, to get the best utilisation of a runway in terms of capacity.

This raises the question: what is required to safely implement the optimum solution? Firstly, all relevant data needs to be made available including very accurate winds for the approach phase. The data must then be processed with minimum delay to determine the risk area behind an aircraft with reference to the follower. Then the required separation can be provided by ATC without unnecessary buffers.

To ensure that all of the needed parameters are correct, a Wake Vortex Safety System (WVSS) should be an essential part of the implementation of dynamic pairwise wake separation. Such a system may also be required for getting the approval of the safety case for continuous operation of this application.

By using data directly from the aircraft systems it is now possible to calculate the strength of the wake that will be generated once the aircraft is established in its final approach configuration. Cross verification of calculated wake strength has been conducted by AVTECH Sweden AB (AVTECH) using LIDAR data and flight recorder data in Dubai and is currently ongoing using SODAR data from Aviation Weather Data (AWD) in Melbourne, Australia.

Knowing the strength of the wake vortices that will be generated by a specific aircraft is an important part of the puzzle, but transportation and decay also needs to be predicted and verified tactically.

AVTECH and its partners, AWD and Panasonic Avionics Corporation (PAC), are using a combination of ground and aircraft sensor data to establish a very high-resolution grid around an airport for the strategic and pre-tactical assessment, as well as for the tactical close to real-time follow-up of the predicted wake generation, transport and decay.

The initial application will be for WVSS and specific wake transfer cases at airports with closely spaced parallel runways where wake transfer from one to the other runway is a safety concern. By using a combination of almost real-time sensor data from aircraft and ground sensor data feeding algorithms running in highly efficient parallel GPU processing systems, it is possible to keep the final WVSS tactical loop sensing and processing time down to a level where it is possible to take action if conditions has changed. Several of the system components are currently in operations through the AVTECH Aventus system that is used by a number of airlines. Other elements of the WVSS system are going through ‘proof of concept’ validation using data from Dubai and Melbourne.

Once the WVSS system enters the operational evaluation phase, planned for Q4 2015, it will also be possible – using the operationally generated data from the different sensors and systems – to assess the potential of dynamic separation at that specific airport.

The quality and value of simulations and predictions are highly dependent on high quality input data. Figure 1 illustrates the impact of ‘known’ factors such as the wind component. In Figure 1, wind information is taken from an aircraft’s Flight Data Recorder. In the right-hand side graphs, a simulation utilising only two value points estimating the wake vortex propagation from a runway glide path (marked 30R) to a parallel runway’s glide path (marked 30L) is shown as well as the actual LIDAR recorded wake vortices. The second simulation, left-hand side graphs, utilise a more granular wind input and can correctly estimate that the wake turbulence will propagate to the area around the glide path (marked 30L), potentially posing a hazard to an arriving aircraft to runway 30L.

In combination with the AVTECH Aventus system that established the full 4D trajectory of the aircraft, it is also possible to assess potential conflicts between the trajectories of the wake vortices and aircraft trajectories for arrivals and departures, strategically, pre tactically and tactically close to real-time.

The detailed knowledge of planned and actual aircraft performance that is affecting the 4D profiles through the flight envelope including time on the runway for both take-off and landing, climb and decent as well as detailed knowledge of the meteorological conditions that are affecting that 4D trajectory both from a strategic and tactical stand point is the key to unlocking significant improvements of the air transport sectors efficiency, capacity, resilience as well as addressing safety areas that with not knowing or using the available data are able to address.

The understanding of the nature of wake and its decay is now becoming mature and by addressing all the impacting parameters, there are now great opportunities to improve capacity and increase runway throughput at airports that are presently constrained by wake turbulence rules. 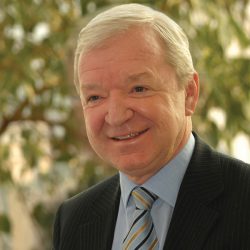 Former Principle Director of Air Traffic Management at EUROCONTROL, Bo Redeborn has held, over a multitude of years, senior positions in the European ATM community with a focus on policies, strategies, R&D and international relations. Since the start of the SESAR programme, Bo was Eurocontrol’s representative in the Admin Board of the Joint Undertaking, which is the biggest R&D Project in Europe. Previous to Eurocontrol, and among other positions, Bo worked as Manager for ATM Support and Development, and Manager of Air Traffic Management at LFV, the Swedish Air Navigation Service Provider.