On 19 May 2015, AeroGround Flughafen München GmbH – Munich Airport’s (FMG) ground handling subsidiary – was awarded one of the three licenses for the provision of ground handling services at Berlin-Schönefeld Airport. This now enables AeroGround to operate a second handling station in Berlin in addition to its existing one at Munich, starting from July 2015. The license, which has been issued by the airport operator, is valid until 2022. Siegfried Pasler, CEO of the newly-established subsidiary AeroGround Flughafen Berlin GmbH, explains more… 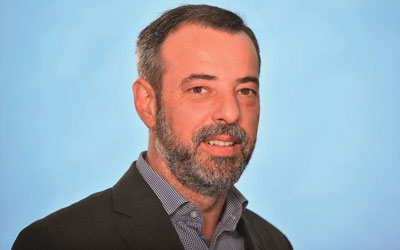 Recent months must have been exciting for you and your team. Give us an impression on how the application phase went?

It was a demanding, labour-intensive, yet exciting time for our International Business Department on the way from the contract notice in December 2013 to the award of the license in May 2015. The first stage of the process – the expression of interest – contains extensive self-declarations, certificates and other documents to demonstrate the technical and economic experience, reliability and stability of our company. The bid-phase itself was limited to only six weeks. My team developed a 300-page piecework along with detailed business plans for Schönefeld and the new Airport, extensive concepts for the service provision, a start-up and relocation concept for the new Berlin Airport. Obviously, the concluding bidder presentation in Berlin convinced the airport operator and the airline representatives. After that it was time to wait patiently for the decision.

Why do you think Berlin’s Airport Operator decided in favour of AeroGround?

On the one hand it is doubtless due to the high quality and substantial character of the submitted bid documents and the persuasive presentation of the bid. On the other hand, the excellent handling quality, competitive approach and conceptual know-how of AeroGround is known far beyond the borders of Munich Airport. Basically airline customers have demonstrated their satisfaction with our performance by a broad support of our bid.

The license was awarded at very short notice and you had hardly more than five weeks to start up. How was the operational launch on the 1 July?

To be honest, there was not a minute to celebrate! After receiving the award notice, we immediately started to establish a subsidiary in Berlin and launched a compact and pragmatic start-up concept in order to be ready for operation on ‘day one’. Here, the airport operator was, and still is, extremely supportive and hands-on. Parallel to that, our sales department successfully acquired a market share of about 15%. What can I say, we made it and the first flight under an AeroGround handling agreement left the ramp at 06:00 on the 1 July. Since then, operation runs well and we are already involved in the ORAT-project for the new airport.

Which growth perspectives arise from the second mainstay in Berlin and why is that an important step for your company?

The award of the handling license for Berlin-Schönefeld is an important move for AeroGround – after all, this success is a considerable step to implement our Off-Campus-Strategy. The licence in SXF and the transfer of our license to the new Airport Berlin-Brandenburg brings extensive growth opportunities in a consistently expanding market. Further, two stations diversify economic risks and participate in the growth of different markets. Finally, our second station generates additional margins and leverages significant synergies with management and administrative functions in Munich. Berlin is an extremely exciting market, as well as a great challenge. However, we have the experience and know-how to take this step and will deliver the same outstanding quality as in Munich.

Siegfried Pasler took over responsibility for Munich Airport’s Ground Handling business division as Senior Vice President in 2007. He held this position until the spin-off of the department into AeroGround Flughafen München GmbH in 2011, where he was appointed as CEO. In October 2012, Siegfried Pasler additionally became CEO of the sister company Cargogate Flughafen München Gesellschaft für Luftverkehrsabfertigung mbH, which offers cargo handling services at Munich Airport. He is accountable for the development and strategic orientation of the sister companies. After the award of a ground handling license in Berlin-Schönefeld in 2015, Siegfried became CEO of the newly-established subsidiary AeroGround Flughafen Berlin GmbH.