Stéphane Dubet, Head of R&D at DSNA’s Aeronautical Information Service explains how System Wide Information Management (SWIM) is being used within the context of SESAR to improve information sharing between stakeholders, leading to reduced costs, improved efficiency and greater capacity in the ATM network.

SWIM is being described as a paradigm change in the way information is managed and exchanged across the whole ATM network and is one of the six ATM functionalities that have been set out in the SESAR pilot common project (PCP). The concept is essentially about avoiding the situation we have had in ATM for many years, which is that communication is only made point to point. It’s about connecting all the actors in the ATM world both at the ground level and between the ground and the air. This includes stakeholders such as air traffic controllers, airlines, meteorological services, the military, and any other services which have a connection to flight navigation.

The idea originated as a concept to employ mainstream technologies in an ATM concept. This is for some a change in culture, because traditionally within airports, ANSPs and airlines, ATM was always considered to be special, requiring specific proprietary solutions. Conversely, SWIM is all about interoperability with standard technologies.

SWIM has often been described as the intranet of ATM. I stress the word intranet because for security reasons we obviously need to have some control over how information is exchanged. It is essentially an enabler facilitating a number of exchanges. For example, there has been a trial within SESAR where flight information is made available to all the airport services, even down to car rental services and parking etc. so that when flights are delayed and schedules change, they have the appropriate information to react and plan their businesses. This can always be done with traditional systems, but not at the same speed.

The concept still needs to be further developed and refined as it is still being decided which mainstream technologies we want to select for ATM and which are the basic elements we’re going to refine to be ATM specific. For example, we need a common vocabulary. In a business meeting for example, all parties might agree to speak English and the same applies to information being shared between ATM actors.

In Europe this is happening within SESAR, in the US there is the equivalent NextGen project, and there has already been coordination between the two programmes. The airport community has also been active in this domain with the establishment of the Aviation Community Recommended Information Services (ACRIS) working group, an equivalent to SWIM focused on web service standards.

SWIM is now at the stage where the concept is fully described within the SESAR material and there have already been some trials and validation exercises. We have the three basic elements required for SWIM established when the destination for an ATM Master Plan was identified in 2002. These are: standards, infrastructure and governance; enabling the management of ATM information and its exchange between qualified parties through interoperable services.

It’s a long destination and all the terms have been thoroughly discussed, but it basically sets out a requirement for information, services and infrastructure. We are currently working on the way information is modelled, we’re getting an agreement on the way to develop services, and infrastructure is fairly straightforward as much of the technology required is already in use. We’ve got some of the SESAR large scale demonstrations set up and right now we’re starting to get into implementation with projects currently being proposed. The Network Operation Portal for example, which focuses on air traffic flow and capacity management (ATFCM) has now begun trials into CDM in order to optimise available resources.

In terms of implementation many airports will have already started work on this, whether they know it or not, through their own A-CDM projects. You can’t implement A-CDM without the latest information of the required quality, such as time for aircraft start-off from the gate etc. In doing so they will have already done work on the information to be exchanged and the way it is exchanged, as well as the services and infrastructure required to do so. Once you have structured information, a clear view of who is providing it and who can use it, then services can be developed to ensure availability for all who require it.

The introduction of SWIM will have quite a long lifespan as the PCP for the deployment of SESAR has agreed that deployment of SWIM would be a long, gradual transition from now until 2025 as all parties achieve compliance and implementation. All the work being carried out by SESAR and NextGen is now also taking into consideration how ATM will function on a global level. The ICAO Information Management Panel is planning to build on the steps taken in these two programmes and I personally am excited to be part of it because it’s going to be an adventure to research, define and refine a system that can potentially be reproduced at the global level.

Stéphane Dubet is Head of R&D at DSNA’s (the French ANSP) Aeronautical Information Service (SIA) and is the French member of the recently established ICAO Information Management Panel. He has been actively involved in SESAR projects relating to SWIM and is chairing the SESAR SWIM Evolution Management Group, which prepares the SWIM transition from R&D to deployment. Other roles include involvement with various international groups (EASA, EUROCAE) with leadership on matters related to aeronautical information. He graduated as a civil aviation engineer from ENAC in Toulouse. 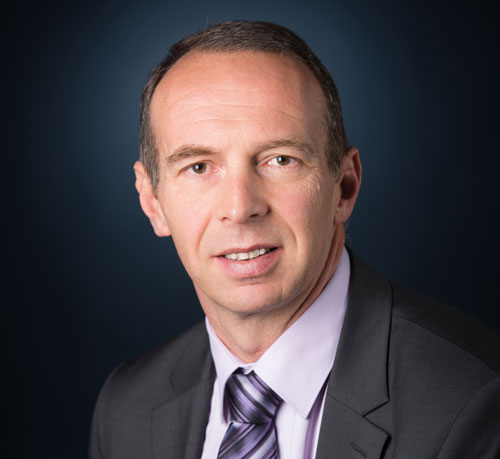