Michael Gill, Executive Director of the Air Transport Action Group, explores the role of aviation’s benefits to society and the global economy…

2014 marks the centenary of the commercial aviation industry. On 1 January 1914, when Abram C. Pheil, former mayor of St. Petersburg, Florida became the world’s first fare-paying airline passenger, little would he know that 100 years and some 65 billion passengers later, air transport would play a leading role in shaping the lives of people all over the world. Modern air transport supports over 58 million jobs and some $2.4 trillion in global economic activity – to put this into perspective, if the air transport industry was ranked by GDP it would be the world’s 21st largest country!

In 2014, over three billion passengers will board an aircraft somewhere on the planet. Some will be heading off on holiday, some will be travelling for business and others will be flying to see friends and relatives. However, every passenger we fly tells a much broader economic story. They will stay in hotels and rent cars, visit national parks and buy food from restaurants.

Tourism is fast becoming the world’s number one industry and it is one that aviation is proud to help facilitate, with over half of all international visitors travelling by air. The growth in the middle classes in the emerging economies of the world is being met with a similar boom in air transport, most keenly felt in the Asia-Pacific region which now accounts for more passengers than Europe or North America. We urge governments in these high growth economies not only to create the environment for growth with liberalised traffic rules and by easing travel restrictions, but also to be mindful of the impact that a lack of good infrastructure planning can have for growth decades from now.

The role of air transport in world trade is also momentous. Over $6.5 trillion worth of goods are sent by air each year – a third of world trade. The high value and perishable goods being transported by cargo airlines are of great importance for the jobs they support globally. And nearly all of us have personal electronic devices that were built using a global supply chain linked by air. Where would today’s retailers be without the rapid delivery of their products to customers?

This is a fitting moment to pay tribute to the nearly nine million men and women around the world who make aviation the industry what it is – from the flight crews who probably have the best view of any office in the world, to the ground teams and the mechanics and engineers who build and maintain the marvels of technology which passengers take for granted – air transport is a business that really gets into the blood. The world’s 3,864 commercial airports are a perfect example, with 470,000 people working for airport operators worldwide and over 4.6 million other on-airport jobs, these employment machines are vital economic engines for local communities.

When you look behind the scenes of our industry, the logistics and planning involved is mind-boggling. You only need to take a look at an airport baggage handling system, or a ramp controller’s desk, or a cabin crew schedule to understand just how much of a multidimensional ballet plays out every day. Throw in adverse weather, political unrest and the incredibly sophisticated technology we use, and the use of collaboration to allow the industry to operate is even more impressive.

And that’s just the day-to-day. At the Air Transport Action Group, our mission is to bring the industry together to keep one eye on the future of aviation as well. Sustainability is all about protecting what we have for generations to come. We can be proud that our industry has such a proactive future vision. Whilst it has taken us 100 years to serve 65 billion passengers, another 65 billion passengers will take flight in the next 15 years. That is a stunning amount of growth, not just for the industry but for the economies we support.

The Air Transport Action Group’s members are working in partnership to ensure that growth can take place efficiently, economically, environmentally and with as little congestion as possible. This will not be an easy task, but you can rest assured that there are people already working on it. We have outlined these benefits and challenges in our report Aviation: Benefits Beyond Borders (www.aviationbenefits.org). Here’s to the next 100 years of flight.

Michael Gill is Executive Director of the Air Transport Action Group, which represents all sectors of the air transport industry. Alongside this role, Michael has been Director, Aviation Environment at IATA since November 2013. Prior to this, Michael spent six years as senior legal counsel at IATA; supporting IATA’s external affairs portfolio. In that role, he led IATA’s delegation to three IACO diplomatic conferences on airline regulatory and security issues. Before joining IATA in May 2007, Michael worked as an aviation lawyer acting for airlines and their insurers in a private practice at the Paris Bar. Michael holds law degrees from King’s College, London and Sorbonne University, Paris. 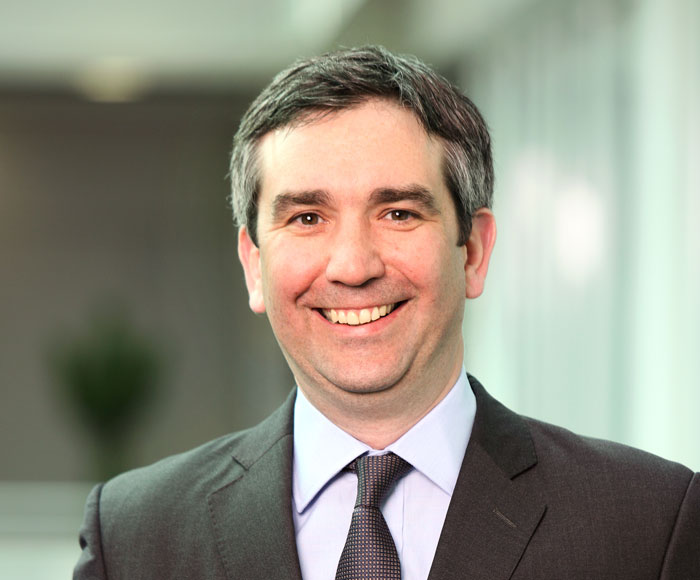