Opening Sweden to the world

International Airport Review Editor, Holly Miles, caught up with Elizabeth Axtelius, Director Aviation Business at Swedavia Airports at the recent World Routes conference in Milan. Together, they discussed Swedavia’s performance during the COVID-19 pandemic, recovery and route development, as well as the future. 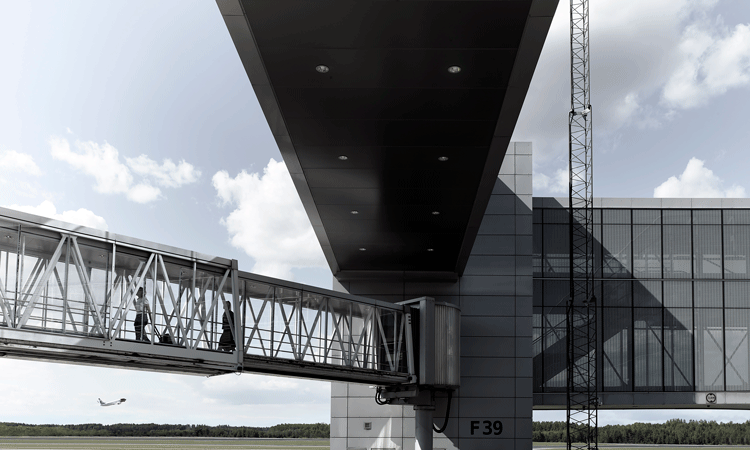 Like most airports, the pandemic has had a huge impact on Swedavia’s traffic and passenger figures, seeing their terminals almost empty at certain points. In September 2021, around 1.4 million passengers flew via Swedavia’s 10 airports, a decrease of 61 per cent compared to September 2019, but October was the best month at their airports since the pandemic started.

Air cargo has also proved a challenge for Swedavia, in the context of Sweden’s export-driven economy. According to Axtelius, the integrators / express companies such as Fedex, DHL etc. have been growing, but total volumes are lower due to the lack of capacity. “Long-haul passenger traffic has been severely hurt, aircrafts are parked, and less cargo capacity is offered. Currently the future looks good though, the economy is doing well.”

Talking about the impact the pandemic has had on Swedavia and the measures they took to protect revenues and business operations, Axtelius said: “For Swedavia as an organisation, our first and foremost priority is, and has been, to limit the spread of the disease and protect people’s lives and health. This is directly followed by our commitment to securing Swedavia’s long-term financial position and supporting our valued customers in the best way.”

Swedavia took several measures to secure its economy and long-term operation including reducing costs and securing financial funds, one of which was adapting operations to a minimum and temporarily closing terminals to reduce overheads and operating costs as much as possible.
However, unfortunately – as for many airports – this was not without its casualties: “To adapt the organisation to the new situation and create room for manoeuvre as developments unfolded, we unfortunately had to reduce the number of employees and we have reorganised the company to be better prepared for the future.”

The only certainty is uncertainty

Looking ahead to the challenges of the next year, Axtelius hopes that the recovery will continue, and the world will continue to open and progress. Operations will be one of the main challenges for the operator, should the demand for travel be higher or lower than they are expecting, as Swedavia is striving not to increase costs too fast during such an uncertain time.

A collective challenge for the aviation industry in general will be building back better to protect the environment. Indeed, Swedavia is leading the way in this regard, having become one of the first airport operators in the world to have all operations under its own management at its 10 airports, be fossil-free. “Sustainability is top of our agenda, but all of us in this industry will need to work together,” stated Axtelius. “Since 2020, we are 100 per cent fossil-free in our own operations at all of our 10 Swedavia airports – but now we need to take next step.”

At a time when airports are looking to consolidate existing routes, and also be ready for when the pent-up demand for travel is finally released, Axtelius said that Swedavia’s route development strategy aims to secure their recovery for the future: “Our strategy is to reach a good mix of competition at our airports through building connectivity and securing recovery both with P2P traffic, LCC traffic and good connectivity to large European and intercontinental hubs. This is important for global connectivity and can also increase and strengthen accessibility to smaller destinations across the world. It is very important for us to have customers with aircraft based at the airport and Stockholm Arlanda as a hub.” Sweden is the biggest market in the Nordics, a strong market in a financially good shape, and it is these aspects, along with their sustainability agenda, that Swedavia believes will attract airlines to open new routes at their airports. “We have an attractive customer offer and a proactive environmental agenda – something we are convinced will be increasingly important in the future,” added Axtelius.

Swedavia’s strategy is clearly working. Ryanair, Eurowings, and Finnair have all announced that they will be opening new bases at Stockholm Arlanda Airport and have expanded their range of flights with close to 50 new routes. The majority of these are European connections, but also include domestic and long-haul. In addition, Finnair is investing in a new, long-haul base operating flights to Bangkok Airport (BKK), Phuket International Airport (HKT), Miami International Airport (MIA), John F. Kennedy International (JFK) and Los Angeles International (LAX) from Stockholm Arlanda. A major low-cost route expansion is also planned with over 60 new routes, so it’s clear to see things are looking up.

Looking to the future

Looking ahead, Swedavia is also continuing to develop the passenger experience at Stockholm Arlanda Airport in one of the most ambitious development programmes yet at the airport. “Construction is well underway for a new terminal building and main entrance to the airport, combining a new security control facility with a new 11,000m2 commercial area. New hotels have also opened at Arlanda and at Gothenburg Landvetter Airport (GOT).”

Although recovery will take a few years, with business travel taking even longer to bounce back, Axtelius is optimistic for the future. While meetings can take place digitally, she believes that people still have a need to meet face-to-face, not just in their personal lives, but also for business, which is based on human relationships.

“I believe that travel is a necessity for us. We travel for many reasons, to meet family, friends, for work, to experience other cultures, for a change of scenery and to experience different things in life. We have a strong economy in Sweden, and there is a pent-up demand to travel. Sweden is an attractive and growing tourist destination, and we can already see an increase in travel demand.”

But more than wishing to get back to 2019 passenger numbers, more than anything, people just want a sense of normality back again. As Axtelius put it: “But first, let us hope that we can manage the virus, that people around the world will be vaccinated, and we can go back to a more normal life.”

Elizabeth Axtelius has long experience in the aviation industry. In her current role as Aviation Business Director at Swedavia she heads up a team of route developers, key account managers, product developers and analysts. The team looks after all ten airports in the Swedavia group, the largest ones being Stockholm Arlanda, Göteborg Landvetter Airport and Malmö Airport.

Prior to this role, Axtelius worked for Scandinavian Airlines for many years within different areas of the airline. She has been Network manager – Responsible for SAS long-haul network; Director at Snowflake; CFO – SAS Cargo Sweden & Spirit; Sales & Marketing – SAS Business & Product development; and Financial manager – Cash management & Hedging.
Axtelius holds a university degree in business administration and finance combined with studies in political science and statistics.