Can a region sustain more than one airport?

With air traffic expected to double worldwide over the next 20 years, Vicente Padilla of AERTEC Solutions wonders if secondary airports are really a viable option…

There are many metropolitan regions around the world with more than one airport; New-York, Tokyo, London, Brussels. Air traffic is expected to double worldwide over the next 20 years. As a result, a gap between demand and airport capacity in many metropolitan regions will certainly follow. And this will leave many airport planners from large urban areas around the world wondering if they need a second airport?

The viability of a second airport

As a rule of thumb, single-runway airports start experiencing growth constraints when they reach the 20 million passenger mark. When the ability to increase capacity is reached – due to land constraints, growing opposition from local communities or environmental issues – congestion of the existing site emerges. As a result, passenger delays and business costs increase since people and tools are often forced to wait idly. At this stage, the opportunity for a secondary airport arises.

Airport planners may choose to revitalise under-utilised airports in the region – civil or military. This model is most seen in the U.S. and Europe. On the other hand, in the absence of unused existing airports, new airports are being constructed in fast-growing metropolitan areas in Asia-Pacific and Latin America.

In many instances, the new airport is located further away from the city centre. Since the original airport remains open, it makes it less attractive for airlines and passengers to shift to the new site. Under these circumstances, low fares and reliable on-time operations are used to woo reluctant customers. As a result, secondary airports tend to grow around distinct market segments such as low-cost carriers. For example, Southwest in the U.S. and Ryanair in Europe have played a key role in stimulating traffic to emerging airports.

Once the stage where two airports are viable is reached, the most reasonable strategy for airport planners would be to promote two differentiated products in the region. One airport, the primary airport, would target primarily hub-and-spoke traffic. The secondary airport would seek point-to-point airlines.

You can’t impose a new airport on an airline

Worldwide experience shows that governments have little say when dealing with air transport market forces. Airlines won’t move to a new airport unless there is a good reason. Furthermore, airlines tend to channel the bulk of their traffic through dominant airports. This is the case since bigger airports normally provide better ground services, better ground transportation networks and, logically, higher numbers of potential passengers. You can’t always impose an airport on an airline. When enforced by a stubborn government, if profitability is at stake, airlines can always choose to fly somewhere else.

Airport planning requires long-term thinking and a strategic vision. At least a decade before the congestion of the existing airport occurs, local authorities must anticipate the development of a second airport, either by protecting the land for the future site or by securing the availability of an unused existing airport.

Vicente Padilla has been General Manager at AERTEC Solutions since 1997. He is also an Aeronautical Engineer. AERTEC Solutions is a multinational consultancy and engineering firm which specialises in aeronautics. 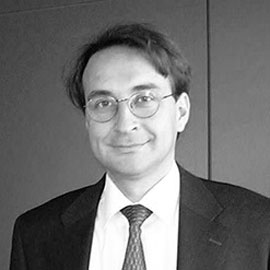