Solving the airport capacity crisis in the U.S.

The time is now for infrastructure investment in U.S. airports, says Kevin M. Burke, President and CEO of the Airports Council International-North America.

In February 2014, I had the great privilege to participate in the U.S. Chamber of Commerce’s Second Annual Transportation Summit, which brought together public and private sector leadership to discuss the state of American rail, highway and aviation infrastructure. Having assumed the helm of Airports Council International-North America (ACI-NA) in January 2014, directly from heading the American Apparel & Footwear Association, I carry a unique perspective of the intersection of transportation and commerce, which I shared with my fellow panelists as we discussed the importance of thriving surface and air networks to the U.S. retail sector. In short, regardless how goods enter the country, their arrival in millions of consumers’ hands ultimately depends on a seamless infrastructure system.

Also during my first month at ACI-NA, U.S. Vice President Joe Biden caused a bit of a stir in the media with his remarks regarding the condition of New York City’s LaGuardia Airport. Although a twist on a well-worn maxim might be that bad press is bad press, in this instance, the Vice President’s comments at last put the spotlight on a critical component of the nation’s transportation infrastructure: airport capacity. For ACI-NA and its U.S. member airports, the next task is to harness this attention and achieve a long-overdue solution: an increase in the maximum of the Passenger Facility Charge (PFC). Not doing so only will lead to the diminishing of American airports’ competitiveness for both passengers and cargo.

For those not familiar with the financing of U.S. airports, when talking about our largest and busiest airports, PFCs are the most important three letters to keep in mind. It is the nominal user fee passengers pay each time they purchase a domestic airline ticket, virtually all of which is returned to the airport for investment in construction and other vital infrastructure projects. But the maximum allowed – $4.50 per segment – for the PFC has not been raised since 2000, resulting in its purchasing power eroding by roughly half.

However, as common-sense as it may seem for the U.S. Congress to have raised this maximum as appropriate during the past 14 years, the PFC has suffered from misperception. Contrary to characterisations in some spheres of influence, the PFC isn’t a federal tax that goes into the morass of the federal budget. It is reinvestment in the airport and, by extension, the greater community. A thriving airport, in turn, is a strong attraction to the myriad industries that make up the American economy, and it can be the determining factor where companies locate their headquarters or manufacturing centres.

This returns me to my initial two anecdotes: my participation on the retail panel of the U.S. Chamber of Commerce Transportation Infrastructure Summit and the Vice President’s sharp criticism of LaGuardia Airport and by extension, older airports in the United States. My time leading the U.S. clothing and footwear industry meant that I travelled the world visiting manufacturing facilities, many of which were located in the developing world. Many of the airports through which I travelled, though, were world-class.

Sadly, many of the airports in the U.S. are not making an extraordinarily strong case for the country to finally get serious about infrastructure funding, which for its large facilities is a modest, indexed increase in the PFC. The number of domestic passengers alone is expected to surpass one billion enplanements within the next 15 years, and ACI-NA’s 2012 Capital Needs Survey identified $71.3 billion in infrastructure improvements necessary by 2017 to meet strong growth projections in both passenger and cargo activity and the need to update aging infrastructure.

Ultimately, for U.S. airports – whether they are the smaller regional airports or the busiest international hubs – the greatest challenge at the moment is obtaining access to capital that will allow them to successfully tackle these infrastructure needs. Nonetheless, it’s a challenge I’m eager to take on.

Kevin M. Burke joined Airports Council International-North America (ACI-NA) in January 2014 as President and CEO. Prior to joining ACI-NA, Kevin served for 13 years as President and CEO of the American Apparel & Footwear Association. His career also includes leadership of government relations for Food Distributors International, the American Bakers Association, and the National Association of Broadcasters. Kevin began his career in 1979 at the Republican National Committee and the Reagan-Bush Presidential Campaign. 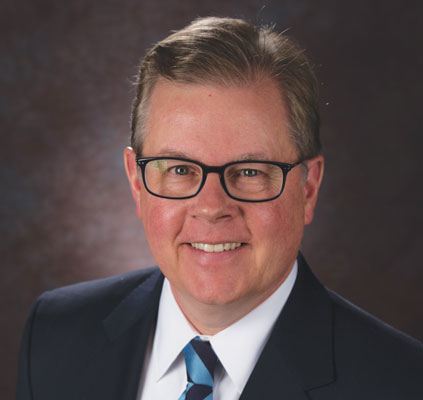