Following in the footsteps of its prestigious ‘mother show’, inter airport South East Asia, due to take place in January 2015, is a fantastic addition to the show calendar. Exhibition Director at Mack Brooks Exhibitions Ltd, Michael Wilton, tells IAR what we can expect.

How did inter airport South East Asia come about?

Many know inter airport as the world’s largest airport equipment and technology exhibition, held biennially in Europe. The South East Asia edition ran successfully in Singapore from 1997 to 2001, when it moved to China. inter airport South East Asia will return in January 2015 and will follow the same profile as its ‘mother show’. We have been in constant contact with the relevant authorities in South East Asia since 2001, and together with the Civil Aviation Authority of Singapore (CAAS), Singapore Tourism Board (STB) and the Airports Council International Asia-Pac (ACI Asia-Pac) it was agreed that these dates are the best time to return inter airport to the region and specifically Singapore. From speaking to exhibitors at inter airport Europe and China it also became obvious that suppliers are keen to support and exhibit in the region, which they highlighted as an area for substantial growth for their businesses.

How important is it to have secured the support of the CAAS and ACI Asia-Pac?

The decision to bring the show to South East Asia was based around years of discussions and support from these associations, as well as the rest of the airport industry, so it’s very important. Equally important is the relationship and trust that the inter airport brand has in delivering an exhibition that suits both the needs of airport equipment suppliers and buyers. In addition to the co-operation with CAAS and ACI Asia-Pac, inter airport South East Asia also welcomes the support of the major national airport equipment associations from around the world as well as the organisations that represent the airport equipment buyers.

More than 40 years of successful inter airport exhibitions has inevitably led to an invaluable relationship with the airport industry. The airport equipment supply chain is complex and only with the knowledge, contacts, trust, experience and reputation that we have built over the years are we able to develop an inter airport exhibition in South East Asia that will meet the needs and expectations of the suppliers and buyers in the airport industry.

What can we expect to see for the first time at inter airport South East Asia?

Singapore is obviously focused on the South East Asian market, and undoubtedly products and services will be on display from this region that have not been exhibited anywhere before. The exhibition will also provide, for the first time in 14 years, an event designed specifically for the buyers of airport technology and equipment, and will give them access to the world’s leading airport equipment, technology, design, security and systems suppliers. As with inter airport Europe and China, there will also be a ground support equipment (GSE) area which will enable suppliers to display their large GSE equipment.

How has the event been received in the industry to date?

The event was developed hand-in-hand with the industry so when the show was formally announced in September 2013 the reception from the associations and authorities was very strong. Since the launch, exhibition space has been booked at a fast pace and plans to expand the floor plan were brought forward and further plans for expansion are now in place to cater for the demand in exhibition space. 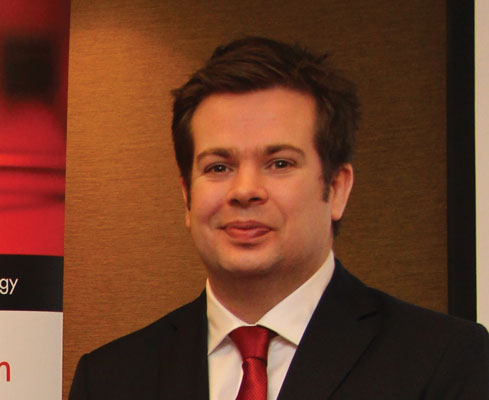