Biometrics at security as easy as ABC

Security checkpoints at airports remain the number one bugbear for travellers. But, as Dan Ebbinghaus, Vice President – Government Solutions at SITA explains, the day when they are so embedded with smart IT that they are hardly even noticed by passengers, is drawing nearer.

In Europe, that day came a step closer when European Union (EU) member states implemented recommendations to move to self-service border control using Automated Border Control (ABC) gates. As part of this initiative, sophisticated biometrics technology can be now used for automated border gates – or ‘e-gates’ – at immigration control points throughout European airports. This is a critical part of the EU’s shift towards self-service border control.

In Europe, that day came a step closer when European Union (EU) member states implemented recommendations to move to self-service border control using Automated Border Control (ABC) gates. As part of this initiative, sophisticated biometrics technology can be now used for automated border gates – or ‘e-gates’ – at immigration control points throughout European airports. This is a critical part of the EU’s shift towards self-service border control.

This European ABC project will see new facial and iris recognition equipment, fingerprint verification systems and other biometric data verification equipment being installed at immigration checkpoints at airports, allowing passengers to avoid queues and go through immigration checks by themselves. These ABC gates incorporate very sophisticated biometrics technology that work at high speed. SITA’s work with NEC using facial recognition has shown that passengers can be processed at immigration in 10 seconds or less. While working with leading biometrics company AOptix Technologies, SITA is also delivering iris recognition for fast, accurate and effortless identity screening at airports and borders.

Non-invasive, easy-to-use approaches are vital in streamlining and automating the end-to-end travel experience, from check-in to pre-board screening, boarding and immigration processing. Such automated systems will be everywhere in the future. Only a few years ago biometric technologies at the airport were the exception. According to SITA’s Airport IT Trends Survey1, in 2008 as little as 18 per cent of airports worldwide used biometric technology for the passenger journey through the airport. Today it’s much higher at 28 per cent and SITA’s extensive work with government agencies across the world tells us that a growing number of countries are following suit.

We know that there are considerable benefits to automated border gates. Reducing processing times to just seconds addresses a major cause of stress for passengers, for example. The latest SITA/ATW Passenger Self-Service Survey2 found that 31 per cent of passengers saw the security checkpoint as their number one travel pain point. That’s twice as many as the next most stressful step! Something has to be done.

But it is not only passengers who want a hassle-free security experience. Airports and airlines also stand to gain: less queuing means more time for passengers to enjoy the airport’s amenities and to shop. It also reduces the number of late shows at the gate, which keeps airlines on schedule.

Most importantly, biometric technology ensures that the passenger going through the checkpoint is the rightful owner of the passport used for immigration, and the person on which the risk analysis was performed. This is the ideal ‘double act’: risk assessment of traveller biographic (passport and airline reservation) data combined with biometric identity verification ensures that a traveller is not only who they claim to be, but also helps governments increase management and control over people entering their countries.

Tests have been conducted at several airports with many more trials planned for 2013. SITA is working with both border management agencies, and directly with airports on every continent with the aim of making today’s stressful experience a fading memory by 2020. Indications are that public acceptance of biometrics use for air travel is increasing, with privacy issues that dominated the early debate now being addressed. The 2012 IATA Global Passenger Survey found that 77 per cent of passengers would be comfortable using biometrics for airport processes. This is good news because increasing passenger numbers make the manual checking of identity documents no longer viable without causing congestion and delays at airports.

With passengers now giving the technology the green light, biometrics looks set to become an integral part of the flying experience. Working together airports, airlines, border and security agencies and IT providers like SITA, can use the sophisticated ‘double act’ of biometric and biographical checks to make security at the airport as easy as ABC.

Dan Ebbinghaus is Vice President – Government Solutions at SITA. Dan has led SITA’s global Government and Security business since 2008; taking it from a start-up mode to being SITA’s fastest growing business with revenues in excess of $100 million. Dan has executed SITA’s vision of being the global leader of border security by building its border security presence on every continent in the world; leading the portfolio innovation from transforming data to providing intelligence; orchestrating SITA’s largest acquisition and has led SITA’s strategic entry into biometric identity management. 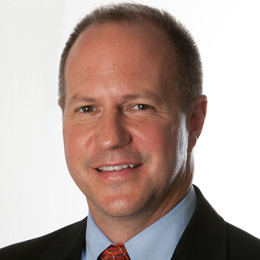