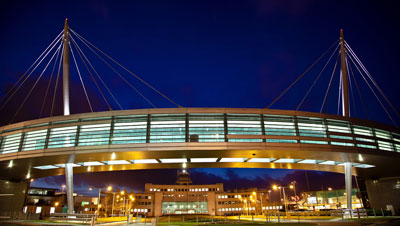 The Department of Transport, Tourism and Sport will invest €10 billion in public transport over the next seven years including the approved construction of a 16.5km light rail line connecting St Stephen’s Green to Swords via Dublin Airport. In addition, the Irish Government will allocate funding for the DART Expansion project and redesign of the DART Underground.

Speaking on 29 September 2015, Minister Donohoe said: ‘This allocation of almost €10 billion for my Department reflects the priority that Government places on transport and delivering a well-functioning transport system that facilitates a growing economy.  By planning now for the years ahead we will ensure that the services we deliver can adequately meet our needs so that continued future economic growth is supported’.

“The Plan announced today will restore transport investment to comparable international levels by 2020, allow us to maintain, renew and address critical gaps and pressure points in our existing infrastructure and address urban congestion by encouraging people out of their cars and onto public transport.”

Construction of the Dublin Airport Metro North link is due to commence in 2021 with delivery in 2026/27. Almost 8.5km of the route will run in a tunnel from St. Stephen’s Green to Griffith Avenue and under the airport. The route will serve destinations such as Drumcondra, the Mater Hospital, DCU and Ballymun in addition to Dublin Airport and Swords offering a journey time of 19 minutes from O’Connell St to the Airport and 31 minutes from O’Connell Street to Swords Estuary. The project is estimated to cost 2.4 billion (excluding VAT).

“Based on the outcome of the recent North Dublin Transport Study undertaken by the National Transport Authority, the Government has decided that a revised Metro North scheme (entitled new Metro North) is the most appropriate public transport solution to address the transport needs of the Swords/Airport, City Centre Corridor,” Added Minister Donohoe.

daa, the company that owns and operates Dublin and Cork airports, has welcomed the Government’s decision to build a light rail link from Dublin Airport to Dublin city centre. daa Chief Executive Kevin Toland, said: “We have been highly supportive of the plans for a rail link from Dublin Airport to the city centre for many years and we’re pleased that the Government has approved the new Metro North option.

“Dublin Airport plays an essential role in the Irish economy, supporting trade and tourism and a Metro link to the city centre will significantly improve the transport options for passengers.

“A rail link to the city centre is an essential element of Dublin Airport’s long-term growth plans and we welcome the fact that the new Metro service will be underground at the airport as this will allow an efficient transfer of passengers from the Metro to the terminals and vice versa.

“Dublin Airport has reserved land for a Metro station close to the passenger terminals and we look forward to working closely with the National Transport Authority and other agencies to bring the new Metro North service to the airport.”

Last year saw 22 million passengers use Dublin Airport with numbers increasing by 15 percent so far this year. Dublin Airport is now one of the fastest growing airports in Europe.