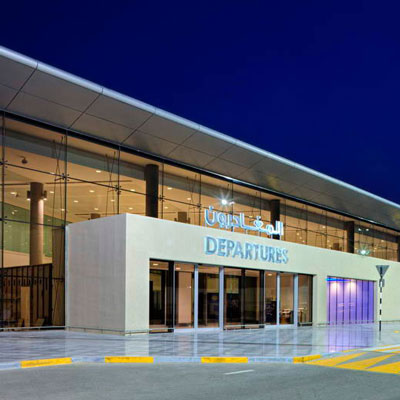 Not only did the total number of passengers traveling through the airport hit the two million mark for the first time ever, but the figure for the departing passengers alone also reach a record, with over a million travelers leaving from Abu Dhabi International Airport.

Commenting on the latest passenger figures, Eng. Ahmad Al Haddabi, Chief Operations Officer at Abu Dhabi Airports, said, “We are proud to have passed not one but two significant milestones in a single month, with the total number of passengers reaching 2 million for the first time in Abu Dhabi International Airport’s history and recorded departures of more than 1 million.”

“The rate at which passenger numbers are increasing year on year continues to follow an upward trend. The figures in July 2015 were boosted by Ramadan and the Eid Al Fitr holiday, as well as the summer holiday season. Throughout the year, and in particular at these busy times, we aim to ensure that standards of service, safety and security, remain consistently high, helping us achieve our vision to become the world’s leading airports group. The Midfield Terminal Building, which is being built to meet this increasing growth, continues to progress, and as each day passes the project resembles more closely what it will look like once completed,” he added.

In July 2015, the top five routes from Abu Dhabi International Airport were London Heathrow, Bangkok, Doha, Manila, and Bombay, accounting for 16% of all traffic.