The UK Civil Aviation Authority (CAA) has launched a new drone awareness initiative including a Dronecode promoting safe recreational drone usage in the UK. The CAA in conjunction with NATS and pilots’ union, BALPA has developed a new campaign targeting the growing number of recreational drone users. The initiative highlights safe usage and warns of […] 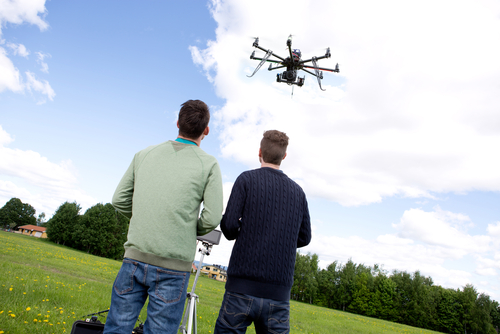 The CAA in conjunction with NATS and pilots’ union, BALPA has developed a new campaign targeting the growing number of recreational drone users. The initiative highlights safe usage and warns of prosecution if measures are not adhered to.

Today’s ‘Drone Safety Awareness Day’ will see the launch of a dedicated online resource where existing and potential users can access advice on safe drone operation, along with the ‘Dronecode’, a list of tips that will ensure recreational users can enjoy their drone without posing any risk to aircraft and other airspace users.

Tim Johnson, CAA Director of Policy said: “We want to embrace and enable the innovation that arises from the development of drone technology, but we must ensure that this is done safely, with all airspace users in mind. It is imperative that people observe the rules when operating a drone. Drone users must understand that when taking to the skies they are entering one of the busiest areas of airspace in the world – a complex system that brings together all manner of aircraft including passenger aeroplanes, military jets, helicopters, gliders, light aircraft and now drones. When doing so, they must be aware of the rules and regulations for flying drones that are designed to keep all air users safe.

“Interest in drones has developed rapidly in the last couple of years and our main concern is to ensure owners of drones can enjoy this rapidly growing technology safely and have regard for all other airspace users when doing so. Our cross industry initiative launched today, sets out the simple rules that all drone users should follow to ensure they comply with the law and support the safety of all airspace. If they do this they can avoid prosecution and a possible jail term or fine.”

The actions of the CAA have been brought about following recent incidents involving drones and various aircraft. Drones were reported as high as 2,000ft from ground level and in areas where large aircraft were present. The CAA alongside other aviation bodies is activity promoting the importance of following the clear safety rules including keeping devices within the 400ft ‘visual line of sight’.

Phil Binks, a drone expert at air traffic control company, NATS, said: “Drones can be fantastic tools and we’re sure to see more and more flying in UK skies in the coming years. But with that growth comes the need to remind people of their obligations as airspace users and that safety always has to be the top priority.”

In addition to recent measures, drone manufacturers are now incorporating ‘geo-fencing’ into their products prohibiting drones from being flown into pre-programmed geographical areas such as airport control zones. It can also set a limit on how high a device can fly.

Further information on the CAA drone awareness initiative can be found here.