The Airports Commission has backed a third Heathrow runway, saying it will add £147bn in economic growth and 70,000 jobs by 2050… 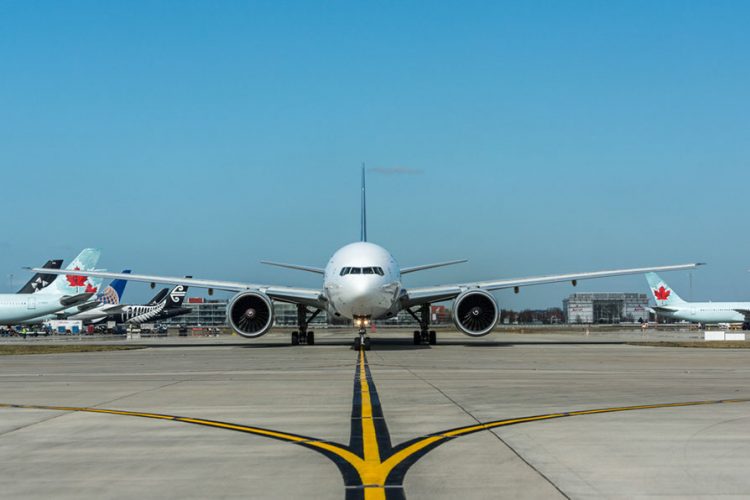 The Airports Commission has backed a third Heathrow runway, saying it will add £147bn in economic growth and 70,000 jobs by 2050. The Commission’s analysis shows that expanded airport capacity is crucial for the UK’s long-term prosperity. While each of the 3 schemes shortlisted was considered a credible option for expansion, the Commission has unanimously concluded that the proposal for a new northwest runway at Heathrow Airport, combined with a significant package of measures to address its environmental and community impacts, presents the strongest case and offers the greatest strategic and economic benefits – providing around 40 new destinations from the airport and more than 70,000 new jobs by 2050.

The report describes the strengths and weaknesses of the other short-listed proposals. The Heathrow extended northern runway delivers similar economic benefits, is less costly and requires the loss of fewer homes. But it provides a smaller increase in capacity and is less attractive from a noise and air quality perspective. The Gatwick scheme is feasible, but the additional capacity would be more focused on short-haul intra-European routes and the economic benefits considerably smaller.

The Commission’s recommendation is a fundamentally different proposition from previous proposals to expand at Heathrow. It delivers a full-length runway, maximising the connectivity gain. It is situated further west than the current runways, which will help to reduce the number of people affected by noise. And it is accompanied by strong measures to limit the impacts on those living nearby, including:

The Commission’s recommendations will ensure that an expanded Heathrow can be a better neighbour for local communities than the airport is today, while strengthening international connectivity, enhancing access from the UK’s nations and regions, improving productivity and delivering substantial long-term economic and strategic benefits for the country as a whole. The government can and should use ‘public service obligations’ to support a widespread network of links from Heathrow to other UK airports.

Heathrow is also the country’s largest air freight hub, carrying more freight by value than all the other UK airports combined. The long-haul links that an expanded Heathrow can provide will support long-term growth in this sector, which plays an important role in supporting trade, including with emerging markets.

A new northwest runway at Heathrow will not increase noise above current levels, will generate up to £147 billion in GDP impacts over 60 years and over 70,000 new jobs by 2050, and will add regular daily services from the airport to around 40 new destinations, including 10-12 new long-haul routes.

Over the past 2 and a half years, the Airports Commission has reviewed the evidence without preconceptions, consulted widely, and followed an inclusive and integrated process. At the end of this extensive work programme our conclusions are clear and unanimous: the best answer is to expand Heathrow’s capacity through a new northwest runway.

Heathrow is best-placed to provide the type of capacity which is most urgently required: long haul destinations to new markets. It provides the greatest benefits for business passengers, freight operators and the broader economy.

Adding capacity at Heathrow also provides an opportunity to change the airport’s relationship with its local communities as some overseas airports have done. To make expansion possible the Commission recommends a comprehensive package of accompanying measures including a ban on night flights and a new noise levy to fund a far stronger and more generous set of compensation and mitigation schemes. And as there is no environmental or operational case for a fourth runway, the government should take action in Parliament to rule it out firmly and finally.

This is a detailed and comprehensive report, based on a significant volume of technical material, and the government will need to review our analysis carefully. The Commission urges it not to prolong this process, however, and to move as quickly as it can to a decision. Further delay will be increasingly costly and will be seen, nationally and internationally, as a sign that the UK is unwilling or unable to take the steps needed to maintain its position as a well-connected, open trading economy in the twenty-first century.