Passenger growth at Glasgow Airport has continued over the past month with more than 606,000 people travelling through the airport in March, representing an increase of 14% on the same period last year… 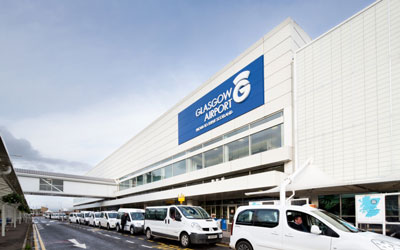 Passenger growth at Glasgow Airport has continued over the past month with more than 606,000 people travelling through the airport in March, representing an increase of 14% on the same period last year. It was the airport’s 25th consecutive month of growth and its busiest March in seven years. International traffic grew by 22.3% due to strong demand to European destinations. The month also saw Virgin Atlantic restart its direct flight to Florida on board the iconic 747.

There was also a significant uplift for domestic traffic, which grew by 8.2% with British Airways, Flybe and Loganair all reporting a strong demand for London and regional services.

Glasgow Airport saw a number of new services get off the ground during the month, including a double daily service to Bournemouth and a new route to Carcassonne in France. There was also welcome news from Wizz Air that the airline will begin serving the Hungarian capital of Budapest and the Polish city of Lublin later this summer.

Amanda McMillan, managing director of Glasgow Airport, said: “2015 has got off to a tremendous start and we are continuing to enjoy significant increases in our passenger numbers as a result of our popular and growing list of destinations.

“Our international network continues to go from strength to strength and over the next three months we will see the launch of a further 13 new routes including direct flights to Las Vegas, Munich, Prague and a daily service to Halifax, Nova Scotia.  Our recently announced new services to Budapest and Lublin starting later this year are also going to be incredibly popular with our growing customer base.”

In March, Flybe confirmed it will introduce a direct service to Cardiff starting in June 2015. From May, Canadian airline WestJet will begin a daily service to Halifax, Nova Scotia and Thomas Cook will start flying to Las Vegas.