Scotland’s largest airports have called on the UK Government to act swiftly on the recommendations made by the Smith Commission and devolve Air Passenger Duty (APD) as soon as possible…. 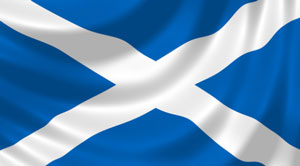 Scotland’s largest airports have called on the UK Government to act swiftly on the recommendations made by the Smith Commission and devolve Air Passenger Duty (APD) as soon as possible.

The leaders of Aberdeen, Edinburgh and Glasgow airports have written to the leaders of the Westminster parties urging them to make an early commitment to deliver on the financial powers recommended by the Smith Commission and ensure the Scottish Parliament receives the new powers it was promised.

The letter states that by harnessing the opportunity presented by the Smith Commission and devolving APD to Scotland, the UK Government will deliver a “tremendous boost to Scotland’s tourism industry and its economy as a whole.”

APD is the highest air passenger tax in the world. In addition to costing Scotland over two million passengers per annum, a 2012 report commissioned by the airports, warned that by 2016 APD will cost the Scottish economy up to £210 million in lost tourism spend per annum.

The letter also addresses the concerns expressed by airports in the North of England who believe they will be placed at a competitive disadvantage.

The airports stated: “We are aware of and understand the concerns which have been raised by our counterparts in England regarding APD, however, we believe that any tax competition across the border would be minimal and is not in itself a good reason to prevent the devolution of the tax to Holyrood.

“In almost all cases, Scottish airports do not compete substantially with airports in the north of England for flights – our most energetic competition is in Europe where there is no tax at all.

“What is more, APD is a self-contained tax and does not interact with the rest of the fiscal system. This makes it inherently suitable for devolution as the partial, trouble free devolution to the Northern Ireland Assembly has shown.”