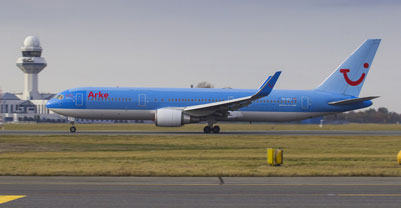 Chopin Airport handled 1,064,000 charter passengers from May to September 2014, an 18% rise on the same period a year ago. The winter season promises to be just as successful. Charter flights to destinations in Greece recorded the biggest growth, soaring by 39% year on year.

The peak of the season was August, when the number of charter passengers totalled 259,000.

Direct flights to the Dominican Republic and Mexico are also have been offered by holiday company Tui, which will use its own B767 and B787 jets. On Thursday Nov.6 first flight from Chopin Airport to Punta Cana had been launched, today we have first flight to Cancun.  Another addition, low-cost airline Smartwings has started selling individual tickets for routes to the Canary Islands.