Airport capacity is a challenge that is only going to grow as passenger numbers accelerate, but as well as investment in infrastructure, could utilisation of airport capacity be significantly improved to ease the pressure? Konstantinos G Zografos, Professor at Lancaster University Management School, describes how its £2.8 million OR-MASTER research programme aims to tackle the problem… 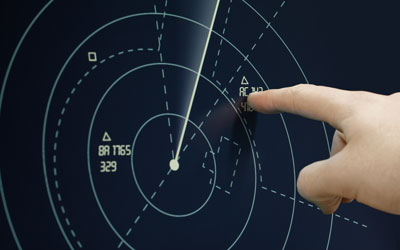 The urgently needed additional capacity in our airports may already exist. Instead, what has been missing is the ability to fully utilise the available capacity. Airport capacity utilisation may be improved through better determination and management of available capacity. This can be achieved through improved airport slot allocation and management by taking into account the dynamic and stochastic characteristics of airport demand and supply, and the interactions existing among airports at network level. In other words, at the heart of the issue is a hugely complex mathematical problem.

Lack of capacity is beginning to bite, constituting an issue that will lead to problems for societies as a whole, not just those involved with the industry. The ‘most likely’ growth forecasts among EUROCONTROL airports suggest demand will exceed current capacity in Europe by as many as 2.3 million flights (or 11%) by 2030. The pain is already being felt of course. Almost one third of flights were delayed in the ECAC (European Civil Aviation Conference) area in 2013, with the average wait per delayed flight exceeding 26 minutes. Schedule disruptions and delays are exacerbated when busy airport pairs are involved. Almost half of flights delayed in 2013 for approximately 30 minutes were in the most affected airport pairs (for example, pairs including London Heathrow), according to 2014 EUROCONTROL figures. Across the EU there were estimated to be 10.8 million minutes of delays in 2012 as a result of air traffic management issues. The cost was around €11.2 billion to airspace users and passengers, as well as 7.8 million tonnes of wasted CO2.

The airport community, alongside policy makers and researchers, has been working on capacity issues for many years, working with the framework of voluntary scheduling guidelines developed and evolved over the years under the auspices of IATA. So why aren’t initiatives

delivering the necessary improvements in levels of efficiency? In order to understand the difficulties involved it’s important to understand some more of the detail of slot scheduling. A slot identifies a time interval, specific date and time, during which a carrier is permitted to use the airport infrastructure for landing or take-off at a slot controlled airport.

A fundamental concept in the slot allocation process is the ‘declared capacity’ and particularly its rationing and allocation on the basis of a complicated set of administrative rules, criteria and priorities within an airport. Declared capacity represents an administrative measure of capacity specifying and controlling the number of slots available for allocation per unit of time. As a result, slot scheduling and the setting of optimum declared capacity levels are closely interdependent and both lie at the heart of optimising the allocation and use of scarce airport resources.

We therefore have a situation where the slot allocation process does not properly match requested slots with those actually allocated to airlines. On top of that, slot misuse then sharpens the capacity shortage due to poor use of the scarce capacity. Even at airports where slot demand exceeds capacity, over 10% of the allocated slots go unused4. ACI Europe estimates that slots unused due to their late return account for losses of around €20 million per season at large, congested European airports5.

Most recently, researchers have attempted to deal with the inefficiencies and limitations of this existing allocation practice by focusing on two alternatives (which have the potential to work together). One is introducing market driven mechanisms such as congestion-based pricing schemes and auctioning of slots, leading to a situation where there are ‘winners’ and losers’ in the race for capacity. The other is improving the allocation efficiency of the IATA-based allocation mechanism via slot scheduling. Slot scheduling is a challenging area. There’s real potential to generate quick and drastic capacity utilisation improvements, but it involves huge and complex mathematical problems.

Slot scheduling models and procedures currently in use suffer from limitations. They are very simplistic in terms of accounting for the full range of factors and stakeholders involved, the constraints of operations and regulations. They don’t consider the inherent dependency of slots allocated to a network of airports and there is no sense of the dynamic nature and uncertainty associated with airport capacity. As a result, the problems are multiplied, as difficulties and inefficiencies in different individual airports all feed into the overall network. Ultimately, slot scheduling procedures rely on an oversimplified interpretation and don’t reflect all the complexities that real world problems involve.

A new £2.8 million research programme, funded by the UK’s Engineering and Physical Science Research Council (EPSRC), has been set up to develop new models taking into account the full picture and test potential solutions to these problems. The OR-MASTER Programme Grant (Operational Research – Mathematical Models and Algorithms for Allocating Scarce Airport Resources) will involve input and perspectives from all the different stakeholder groups involved in, and affected by, the allocation of slots, both now and as changes in the context occur over time. That means individual airport operations, networks of airports, airline operations, air traffic management systems, airport authorities, civil aviation authorities, airlines and the travelling public.

On a more technical level, this will involve models and algorithms capable of handling the dynamic nature of both demand and capacity, as well as the uncertainty of air transport operations. Most importantly, models will need to reflect the inherent interaction and ‘complementarity’ of slots at the airport network level, the simultaneous consideration of multiple objectives (such as schedule delay, operational/queuing delay, resource utilisation, fairness and equity, environmental externalities, etc); alternative formulations of the objectives (e.g. non-linear cost functions for delay) and the constraints (rolling capacity, turnaround and flight connectivity) of the allocation problem, coping with the trade-off between complexity and accuracy of the solution. The OR-MASTER project is to be led by a team at Lancaster University Management School, working with computing, science and mathematics researchers at the University of Stirling.

The scale of the computational and mathematical challenges involved shouldn’t be underestimated. The airport scheduling problem has been on the agenda for the scientific community for some time. A UK-based project is important because of its role as a world leader in operational research, the use of advanced analytical techniques to improve decision making, and its ability to link new ideas and theory to practice in computer sciences.

Over the six years of the project, OR-MASTER will involve close collaboration between Lancaster University, the University of Stirling, and a host of organisations internationally that will support the project providing real world data, insights and expertise. As such, the project represents a strong partnership between academia, the air transport industry and policy makers, including:

At Lancaster, OR-MASTER will be undertaken by the Centre for Transport and Logistics (CENTRAL) Research (a newly established research centre in the Department of Management Science). It will link into existing operational research-related development initiatives and expertise at Lancaster University: the STOR-i doctoral training centre and the Lancaster Data Science Institute, which is generating new interdisciplinary approaches to address data driven research challenges around the world. A key role is being played by Kevin Glazebrook, Distinguished Professor of Operational Research at Lancaster. In recent years, Kevin has had a significant influence on the development of operational research in the UK. In 2006, he was the founder and initial director of NATCOR, an EPSRC-funded national taught course centre in operational research. He directed NATCOR for its first six years, including securing follow-up funding from EPSRC in 2011. At the University of Stirling, OR-MASTER activity will be led by Professor Edmund Burke, overseeing work by the CHORDS (Computational Heuristics, Operational Research and Decision Support) research group. Formed in 2011, it explores and develops computational search methodologies and models that emerge from studying the complexity and uncertainty of real world scheduling, optimisation and decision support problems. Members have strong connections with leading UK universities and internationally renowned industrial partners. The research will create opportunities for 12 new researchers across both institutions to gain experience with international research centres and air transport industry organisations.

Konstantinos G Zografos is Chair Professor at the Department of Management Science at Lancaster University Management School and Principal Investigator of the OR-MASTER project. For more information on involvement with OR-MASTER and updates on the project, go to www.lancaster.ac.uk/lums or email: [email protected]