In 2010 the Spanish government decided that the time had come to open the national air traffic control sector up to competition in search of efficiency gains. Having won responsibility for nine control towers throughout the country, FerroNATS has seen 35 million passengers and over 500,000 flights pass through its airports since taking over. Managing Director Gonzalo Cañete looks back at the challenges and successes of the venture… 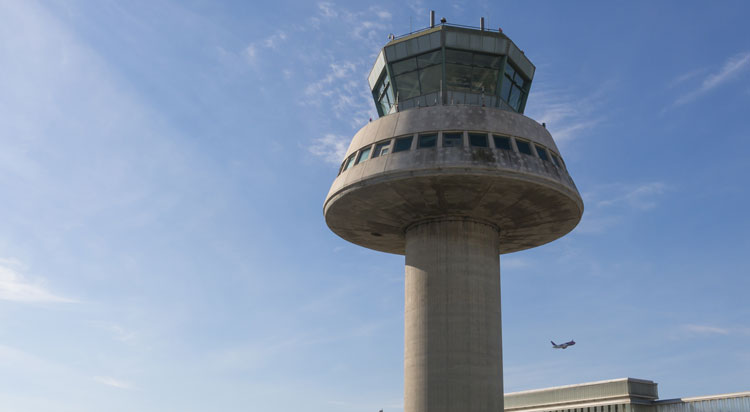 Against the backdrop of competition initiated by the Spanish government, air traffic control service concessions were tendered for 12 Spanish airports divided into three different lots. The recently created FerroNATS – an alliance between Ferrovial Servicios (the Ferrovial Group’s services division, involved in the infrastructure and services management arena) and NATS, the UK’s leading provider of air traffic management services – decided to bid for the tender, which had whetted the appetite of all of Europe’s top air traffic control service providers. The alliance proved highly successful, winning concessions for two of the lots, which included nine control towers. The airports where these control towers were located – Sabadell, Madrid Cuatro-Vientos, Vigo, Jerez de la Frontera, A Coruña, Valencia, Seville, Ibiza and Alicante – were very varied by their type, including general aviation airports, facilities with difficult weather conditions and major commercial airports with more than 10 million passengers a year.

The brave decision to introduce competition in this sector, in a market such as Spain where tourism is such an important industry, was unquestionably a unique opportunity for improving the system. The ATM Cost-Effectiveness (ACE) report published by EUROCONTROL in 2009 had highlighted that costs in Spain (expressed in terms of ATCO employment costs per ATCO hour) were well above the sector average: €193 compared to the European average of €98 (97% higher) and €103 in the UK (87% higher). The introduction of competition, framed by adequate regulation and supervision in order to guarantee compliance with the most stringent European standards, emerged as the clear path towards a more dynamic and passenger oriented sector.

Despite the clear benefits that competition had introduced in various sectors of the aviation industry, the air traffic control segment has traditionally remained largely monopolistic and domestic. Whereas it is totally normal to cross the English skies in an airplane operated by a German company, buy food in an Italian terminal that was prepared by a French franchise, pick up baggage that was put on the conveyor belt by a Swiss handling company or travel to a Scottish airport owned by a Spanish company, it is totally out of the ordinary to pinpoint cases of genuine competition among air traffic control service providers.

Spain has pioneered this new paradigm by virtue of this deregulation process. Today, in 2015, we can claim that the outcome has been very positive: enhanced punctuality, shorter taxi times and lower operating costs.

FerroNATS, in two short years, has assumed responsibility for the management of nine control towers after a switchover process that culminated with the change of air traffic control services provider. The successes reaped are shared by the entire Spanish aviation system and the agents involved: the Spanish Agency for the Safety of Aviation as Supervisor (AESA), the Directorate of Civil Aviation as regulator (DGAC), the outgoing provider (ENAIRE), the airport manager (AENA) and the incoming provider (FerroNATS). All of these organisations and companies played a crucial role in achieving these milestones as the process required a huge coordination effort that highlighted, yet again, the industry’s ability to tackle complex change with success and innovative flair.

From FerroNATS’s perspective, the process posed major challenges: selecting and hiring more than 100 air traffic controllers in just eight months, submitting the transition documentation required by a change of supplier for AESA approval, successful completion of the various training processes at the control towers, and ultimately the transfer of responsibility with a previous process of a technical due diligence for the tower equipment.

Throughout the preparatory phase FerroNATS relied heavily on all the resources available at the European and regulatory levels. Against this backdrop, it tapped the training expertise of SENASA, Spain’s traditional ATC training school; FTEJerez, the first private school certified for the provision of ATC training in Spain; and EPN, the benchmark European facility for ATC training, based in Sweden. In short, it leveraged the capabilities built up in Europe throughout the years to ensure that the process went off without a hitch.

In parallel, the staff of air traffic controllers put together by FerroNATS was fed by a select mix of Spanish trainees and experienced professionals from the Spanish Air Forces, NATS (from airports such as Heathrow and Stansted) and other European providers. The existence of a single European air traffic controller licence (recognised in all EU member states), coupled with the standardisation effort being spearheaded by the European institutions, enabled FerroNATS to develop a management model that made it possible to effect the change while guaranteeing safety, service standards and efficiency.

It is worth stressing the fact that the process of switching ATC services provider is closely regulated and there is no room whatsoever for improvisation. The entire process is supervised closely in Spain by AESA as the supervising body. In a nutshell, aviation legislation stipulates that before being allowed to operate a control tower independently, the new provider’s controllers must have successfully completed a unit training plan accrediting their ability to provide ATC services at that unit. This training and assessment process has to be performed by the outgoing provider, i.e. the air traffic controllers that already know how to operate the unit are tasked with training and evaluating the new controllers. Given these regulations, it is obvious that, in a competitive environment, professional conduct, coordination, playing by the rules and the good faith of all are absolutely vital. The fact that the supplier changeover process has been totally transparent for passengers and airlines alike underscores the success of this venture.

Today, in the wake of nine changeovers, FerroNATS is a strong and well established company with a market share of 20% in Spain: one in every five flights that take off or land in Spanish airports is controlled by the company. FerroNATS articulates its management around the attainment of operational excellence seen through the three principles of operational safety, service quality standards and process efficiency.

The operational safety figures for FerroNATS’s scant two years in business speak for themselves: zero category A (serious) or B (major) incidents, 30% fewer runway incursions than the European average (ECAC area) and reporting levels that are twice the European average (ECAC area), endorsing the reliability of the data submitted. Operational safety, which pivots around the basic strategic value of fostering a ‘just culture’, is the organisation’s bedrock, and is integrated into its management model and its ambition to remain at the industry’s forefront.

This culture facilitates the implementation of best sector practices such as use of the Risk Analysis Tool (RAT) developed by EUROCONTROL for 100% of the incidents investigated, implementation of TOKAI (Tool Kit for ATM Occurrence Investigation) for reporting management purposes and establishment of a moderation panel, in which external safety experts from EUROCONTROL and NATS participate, for reviewing and categorising the most significant and analytically complex incidents.

As for the quality of the service provided, the EUROCONTROL figures are conclusive: 97% delivery of the calculated take-off time (CTOT) in 2014 and 98.4% year to date in 2015, which puts FerroNATS three points above the industry average in Spain. In addition, FerroNATS has eked out an 11% improvement in additional taxi out times compared to the year before it began as service provider. This figure rises to 18% in Ibiza and Alicante, the busiest airports managed by FerroNATS. Facts and figures can be objective but they translate into fewer delays, reduced fuel expenditure and, in short, a better experience for the passenger, who is at the heart of the entire industry.

Lastly, the search for safety and service excellence, which has attained very high standards in Europe, has tended to neglect the need to make all operations as efficient as possible. Adequate supervision of ATC management and correct handling of the vast volumes of data generated every day enable the provision of a premium service at a reasonable cost, underpinned by implementation of a culture of continuous improvement in which all of the people working at the company feel vested. As a result, the reduction in the cost of providing air traffic control services at the towers managed by FerroNATS has exceeded 50% in some instances. On average, its costs are now in line with the European average, helping to partially correct Spain’s gap in this respect.

Europe boasts tight regulations and strong oversight bodies that facilitate and guarantee incident free supplier changes. Improving the system is, therefore, a matter of willpower; the process is demonstrably capable of delivering significant upsides. Life is about change and in our industry this change has traditionally been centred on continuous improvement, a capability that has become one of its hallmarks. We know how to do it: so let’s not let the opportunity get away.

Gonzalo Cañete, Managing Director of FerroNATS since November 2011, is a civil engineering graduate from Madrid’s Polytechnic University. He has also completed the Executive Management Programme at Instituto de Empresa and the Global Management Programme at ESADE. Before that he held a number of management positions in the transport infrastructure arena at Ferrovial Servicios, spearheading the operational and financial parts of several service contracts at Adolfo Suárez Madrid-Barajas and London Heathrow airports.