In November 2014, Stuttgart Airport achieved full A-CDM status. Having managed the project throughout the whole process, Nico Ruwe, Head of Airside Operations & Winter Services discusses the benefits and key milestones in its implementation. 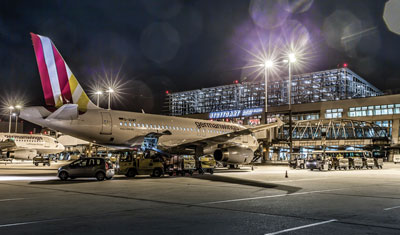 In the early 1990s air traffic was growing rapidly within Europe due to the fall of the iron curtain and the need for high mobility. The result was a disruption of European air traffic which led to chronic delays. Based on the International Civil Aviation Organisation’s (ICAO’s) concept of centrally coordinated air traffic flow management, EUROCONTROL implemented the Central Flow Management Unit (CFMU) in 1995. As a result, strong operational collaborations were established between all aviation organisations to manage traffic and delays in partnership.

Such an organisation is unique in the world in that it centralises flight planning and airspace data and manages air traffic flow across the whole of Europe. In the beginning, the main contributors were the national air navigation service providers (ANSPs) and the airlines. Following the European Single Sky concept, EUROCONTROL developed the Airport Collaborative Decision Making process (A-CDM) together with Munich Airport and the German ANSP, Deutsche Flugsicherung GmbH (DFS).

The goal of A-CDM is to optimise the turnaround process at an airport by implementing a milestone concept to strengthen the cooperation of all stakeholders at an airport and to link local planning with the EUROCONTROL Network Manager. Since 3rd October, Stuttgart Airport is contributing as a fully implemented A-CDM airport to provide the Network Management Operations Center (NMOC) with high accuracy flight data.

Due to the booming low cost market, Stuttgart Airport operated more than 164,000 movements per year on a single runway in 2007, though a night curfew for jet aircraft is established between midnight and 6am.

During the peak hours in the morning and the afternoon, Stuttgart was unable to provide further airport slots to the airlines and suffered from start-up and runway delays for departing aircraft. In response, the airport company Flughafen Stuttgart GmbH (FSG) started a political campaign to launch research into a second runway to enlarge the airport’s capacity. Since the local government did not support these intentions the entire program was stopped. Nevertheless the airport company started a search for suitable concepts to optimise the usage of the existing airport infrastructure.

After performing some evaluations the management focused on the implementation of A-CDM to standardise the turnaround process and to optimise usage of the existing runway capacity. In early 2010 the joint A-CDM project started between the main partners of FSG and DFS. Initially, a gap analysis was performed to get a first impression of missing elements. Soon afterwards the project team began to create the local A-CDM procedure, always taking the EUROCONTROL A-CDM Implementation Manual and the results of the German harmonisation initiative into consideration.

The German harmonisation initiative is an association of German airports which have already implemented A-CDM or established local A-CDM projects with the intention of standardising the A-CDM procedure across all participating German airports to facilitate cooperation and ‘show one face to the customer’. While working on the local A-CDM procedure a close cooperation was performed with our two local de-icing providers as the de-icing process is a part of A-CDM and needs special attention. As a part of the local A-CDM concept the project team also defined all requirements for new IT systems which had to be implemented.

The A-CDM process starts three hours before the scheduled off-block time of the respective flight by linking ATC flight plan data with the flight information available in the airport operator’s database. By that, information from different sources are joined into one A-CDM flight to start the process as milestone one. From that point of time any discrepancy such as aircraft type, aircraft registration or first destination is identified and displayed as an alert to the responsible units.

To assure a common situational awareness a new IT system (CSA-Tool) has been implemented to show all A-CDM relevant data to the local stakeholders. As a central issue of A-CDM the target off-block time (TOBT) is implemented and indicates that point in time at which the aircraft’s ground handling process is completed and the flight is fully ready. The TOBT is set by the airline or handling agent and has to be updated in due time if any changes in the departure planning occur.

By applying variable taxi-times depending on the parking stand and the assigned departure runway, a target take-off time (TTOT) is provided for every departure. That target time indicates the point in time at which the aircraft is expected to depart and to join the European Network again. The data exchange between the A-CDM airport and EUROCONTROL’s Network Manager also starts with the beginning of the local procedure three hours before scheduled off-block.

Using ‘departure planning information’ (DPI) as a standardised data format, all relevant flight information such as destination airport, aircraft type and departure route are transmitted to the NMOC. The key information for the Network Manager however is the TTOT as an output from the local A-CDM process. Using the TTOT for its flow and capacity management the Network Manager obtains an extremely precise prediction of when the demand for a dedicated airspace is required.

The full implementation of A-CDM at Stuttgart Airport has apparently also had a significant impact on local procedures. At first the transparency of all relevant flight data provided by the CSA-Tool is a large benefit for all stakeholders. Airport resources such as parking stands and departure gates as well as staff for ground handling can be allocated according to existing demands. If any disruptions or changes in the departure planning occur they are reported without delay to all relevant parties.

The pre-departure sequencing provides perfect start-up times in respect of local and network restrictions. By sticking to these allocated target start-up approval times, local ATC ensures that engine operation times are significantly reduced leading to reduced CO2 and NOx emissions and to lower noise pollution in the airport’s vicinity. A-CDM from that perspective is an ideal concept for Stuttgart Airport which aims to be one of the most sustainable airports in Europe.

By integrating the de-icing process into the entire A-CDM procedure and providing an accurate runway capacity to the pre-departure sequencer any adverse weather conditions can be handled more effectively. Especially during bad weather situations, optimised pre-planning through provision of exact TOBTs grants operations with a minimum of delay for all flights involved.

Though A-CDM will not extend the airport capacity, the implementation of this relatively simple procedure assures the perfect utilisation of the existing airport infrastructure with a direct impact on expensive resources. It has been considered an important investment in the quality of service at Stuttgart Airport, leading to better on-time performance and higher customer satisfaction. Besides that A-CDM contributes directly to one of the most important aviation projects in Europe – the European Single Sky concept.

Collaborative decision making with all operational stakeholders is the final goal. An increasing number of airports are playing their part within this forward-looking concept – by linking airport information to the European Air Traffic Flow & Capacity Management (ATFCM) Network. By the end of 2014, 14 airports will operate fully implemented A-CDM and several others will follow within the next few years.

Nico Ruwe joined Stuttgart Airport in 1994 and initially worked as an Apron Controller for 10 years. In 2005 he took over the management of the Apron Control unit for 4.5 years. He became Head of Airside Operations in 2010 and is the designated local Airport CDM Manager after leading the project as one of two project managers.