The majority of disabled aircraft events occur at aerodromes, and when this happens, stakeholders need to work together. William Cusato, Chairman of the IATA Aircraft Recovery Task Force, suggests that horizontal collaboration is the way to restore normal operations. 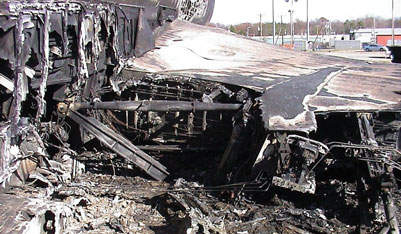 Fortunately, some of the above-mentioned organisations practice responding to disabled aircraft events. Practice costs money, which generally requires financial support from executives within an organisation operating with thin profit margins who often have to be persuaded of the value of preparedness.

As per ICAO Aircraft Services Manual (ASM) Part 5, aircraft operators are ultimately responsible for recovering disabled aircraft. However, how many operators practice and are really prepared? Furthermore, if they practice, does that include entities outside their organisation like those named above? The opposite should also be asked, do any of the other stakeholders include operators in their practice? Does practice reach out horizontally or do they practice in a silo of excellence? Outside of some large international or trunk carriers, information would suggest that many operators are largely ignoring how to deal with a disabled aircraft or have seriously underestimated the need because they have not experienced a large scale event.

Even within large operators there are numerous departments with their own unique needs and roles during a disabled event or worse yet, tragic events as we have seen in 2014. Unfortunately, we all must ask ourselves whether we are really ready. If we think we are, how does our plan work when interfacing with anyone or more of the above-mentioned groups? Can we operate in distant and remote locations under harsh and perhaps hostile environments? Who will help us?

Having been on numerous aircraft recoveries during my 30+ year career, I can say some went well and some were extremely challenging for a variety of reasons, most of which were preventable had there been some preparation and coordination. Ultimately, I have come to learn that the constraint in aircraft recovery is not the technical limitations of those involved. Let’s face it, aircraft accident scenes draw together some of the smartest people organisations have to offer. However, without proper leadership and horizontal collaboration, the aircraft recovery event can waste time and money, disrupt the accident investigation, and has the potential to put people in harm’s way while damaging valuable assets.

Generally, with some tragic exceptions, most disabled aircraft events occur at aerodromes. When that happens, what organisation is most impacted? Most people might say the operator, and in the case of a large national carrier at their ‘home’ airport, you might be right. However, I suggest that the more common element is the aerodrome. Yes, the aircraft operator is the one on the news, but the aerodrome must be involved in almost every aspect of a disabled aircraft event, even after the media has vacated. In addition, although estimates vary, the aerodrome stands to lose more revenue per minute than the operator involved. Whether it is security escorts, storage of parts, assisting with environmental issues, removal of waste fuel, food and shelter for the recovery team, or access to equipment, the aerodrome team is heavily involved in aircraft recovery.

Similarly, if a small carrier has a disabled aircraft blocking a runway at the same hub for a national carrier, they likely don’t have the capabilities to remove the disabled aircraft and could be perhaps 12-24 hours away from the scene. The operator is still responsible for removal of the aircraft and is not at the scene in a meaningful way. With operators using more contract maintenance at small stations, there might only be a few operations staff at an airport that is at the far reaches of their system. The aerodrome team becomes a key leader in restoring normal operations.

If a large trunk carrier has a disabled aircraft blocking a runway at their main hub, they may have all the technical capability and capacity to quickly remove the disabled aircraft, but without coordination with several of the stakeholders, they cannot touch the aircraft and may find themselves on the wrong end of a conversation with law enforcement if they choose to be too proactive. At the very least, an overly assertive recovery team can lose the trust of the accident investigative body and impede the process. Worst case, they can damage aircraft parts and affect chain of custody of important evidence.

Many airports, as specified under ASM Part 5, have begun to ask operators about their aircraft recovery plans. That is a great start. However, many operators responded by saying they own aircraft recovery equipment or are participants in the International Airlines Technical Pool (IATP) Aircraft Recovery kits. Many IATA members pay to have access to these kits and aerodrome operators have accepted that as a ‘plan’. In reality access to IATP kits is not a plan and can provide a false sense of security. There is ample amount of aircraft recovery equipment around the world, but it is not widely publicised. In fact, the aerodrome may have some of their own equipment which may not be known to the operators.

To close this gap, IATA is testing a database which will allow IATA participants access to information about aircraft recovery equipment around the world, including detailed contact information. This database is not designed to supersede the IATP process, but to highlight the large amount of equipment that exists among various organisations throughout the world. The point is that access to equipment is not the problem or the constraint.

The IATA Aircraft Recovery Task Force (ARTF) focused on ASM Part 5 for several years, which was important and represented a quantum leap in standardising aircraft recovery, at least theoretically. Now that it has been in practice for a few years and many operators have taken training, we have learned more about where the industry is and where we think it should go.

With increased technical knowledge and tooling availability, the constraint for aircraft recovery becomes management or leadership, depending on how one wants to debate it. Yes, all of us hard-driving expressive aircraft recovery ‘experts’ are the constraint if we don’t know how to collaborate horizontally. Project management is about putting together a team that works towards each member’s strength, which also means asking those that contribute little or nothing to step back.

Among the numerous stakeholders, the operator and aerodrome are both involved and have the most financial risk once the emergency responders have stabilised the scene.

As you can see, there is little overlap in the respective organisation’s strengths. Yes, ASM Part 5 puts the burden on the operator, but the aerodrome is a ready-made partner that is highly motivated to return to normal operations. Operators and aerodromes need to reach out to each other and put things in place before an event, not while an incident is occurring.

Some airports have begun taking more of a leadership role in coordinating and preparing for aircraft recovery. Toronto’s Pearson Airport, for example, is an excellent case of an aerodrome taking an active role in crisis incident management including disabled aircraft removal. The airport has an agreement in place with its major operator, Air Canada, to provide aircraft recovery for any operator that has a disabled aircraft there. Toronto Pearson can work with operators to have agreements in place so that if there is an event involving a small carrier, recovery can be expedited once the regulatory bodies give the approval. Toronto Pearson and Air Canada have teamed up to protect each other’s interests, and in doing so, can help every operator that goes into the airport.

Airport Cooperative Research Program (ACRP) Synthesis 38 published a report in 2012 entitled Expediting Aircraft Recovery at Airports2 about an airport’s role in aircraft recovery. This detailed report highlights in its opening summary that airports in the USA rely heavily on operators for aircraft recovery while international airports, such as those in the European Union, take more of leadership role in aircraft recovery. International carriers often have to operate in all three theatres and must be prepared to address aircraft recovery in several different operating environments and cultures. As we found out with events related to the MD-11 airliner, the process of aircraft recovery in Newark, New Jersey was nothing like extracting an aircraft from the bottom of Subic Bay in the Philippines; this was the same aircraft, but in completely difference operating environments. The ACRP report talks about how airports can prepare in cooperation with the operators, as demonstrated in Toronto.

All the stakeholders in aircraft recovery can benefit by sharing their plans with each other and practicing how each party will interface when the time comes to respond to a disabled aircraft. Operators and aerodromes have amazing resources and technical capabilities and is a relationship that, if taken to the next level, will benefit the entire aviation community. We just have to climb out of our silos and reach out horizontally to find a party eager to collaborate.

William Cusato is Managing Director for FedEx Express. He is responsible for heavy maintenance at Los Angeles International Airport as well as numerous line maintenance stations in the western USA. His experience includes both maintenance and engineering. He has deployed to remote field locations on numerous occasions in the past 30 years and participated in and managed aircraft maintenance, modification, repair, recovery, and accident investigation. He has done so while working for both FedEx Express and McDonnell Douglas. He also is the Accountable Manager for FedEx Express’ FAR 145 Repair Station and Chairman of the IATA Aircraft Recovery Task Force.