Christchurch International Airport has achieved being beyond carbon neutral, to become climate positive, an excellent milestone and movement towards a lower carbon aviation future. 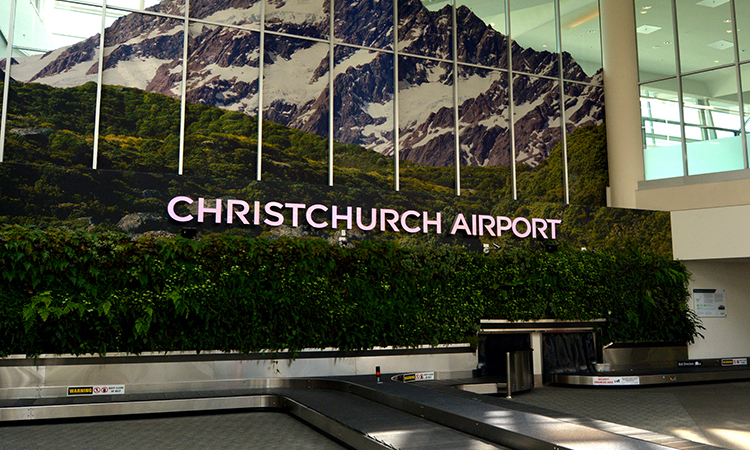 General Manager, Planning and Sustainability Nick Flack said the airport is considered a global leader in the transition of airports and aviation to a lower carbon future.

“Achieving this next level in our journey is critically important,” Flack commented, “Because airports and aviation support economic activities that earn the most export dollars per tonne of carbon and support improved wellbeing for future generations.”

Christchurch Airport has had greenhouse gas (GHG) footprints independently measured and audited since 2006.

Taking immediate action to reduce Scope 1 (onsite operational) emissions was the first step and has resulted in close to a 90 per cent reduction in Scope 1 emissions to date.

The airport was recognised as world leading in airport decarbonisation late 2020, when it became the world’s first airport to achieve Airport Carbon Accreditation (ACA) Level 4. As a result, it now mentors airports around the world, including New York’s JFK, Newark Liberty and LaGuardia, Bristol, Perth and Brisbane Airports and the Irish Airports Group, on how to reduce emissions.

“This includes working with airline partners to accelerate the decarbonisation of the aviation sector,” he added.

“Emissions by aircraft while in the air are a big part of the remaining challenge. Airlines and aircraft manufacturers have plans to accelerate the development and deployment of lower-carbon technology.

“As an airport, our focus is to ensure we are leading development of the necessary infrastructure so we can be early adopters of new technology. New Zealand’s first electric passenger aircraft was developed at Christchurch Airport and leading technological contenders are hydrogen and battery electric power for short-haul aircraft.”

Last December (2021), the airport announced its Kōwhai Park project, on track to be New Zealand’s largest solar energy array at 400 ha on the airport campus.

“We see Kōwhai Park as a step beyond carbon neutrality and a way we can catalyse the low carbon future of the Canterbury region.

“To progress this work, we are working with Hamburg International Airport (HAM). Hamburg is the European leader in applying hydrogen within airport operations, and works with Airbus to assist the transition of aviation to more sustainable energy. The two airports now work together with regular meetings in the wee small hours to combine our knowledge and accelerate adaptation.”

Flack said the airport is not stopping there. In addition to this work, Christchurch Airport is voluntarily supporting permanent New Zealand native forestry restoration that removes GHG emissions from the atmosphere.

“We have followed best practice as set out by MfE ‘Interim Guidance for voluntary climate change mitigation’. It means before making claims of voluntary climate change mitigation, organisations should first measure their emissions, commit to an emissions reductions plan, and continue to take action to reduce their emissions in accordance with their plan,” he added.

“Our ambition is to go beyond ‘neutral’. We want to have a positive net benefit on our environment so are aiming at 25 per cent beyond neutral.

“We achieved 90 per cent reductions in our Scope 1 emissions, but at the moment, there is no technology available to reduce the final 10 per cent.

“So we are investing in New Zealand based permanent native forestry restoration to remove carbon from our atmosphere beyond our own footprint. This will also actively assist biodiversity, habitat restoration, landscape resilience improvements, soil health and water quality.”