The Carbon Disclosure Project has awarded Munich Airport an ‘A-‘ Climate Change category rating and recognised the airport as at ‘Leadership Level’. 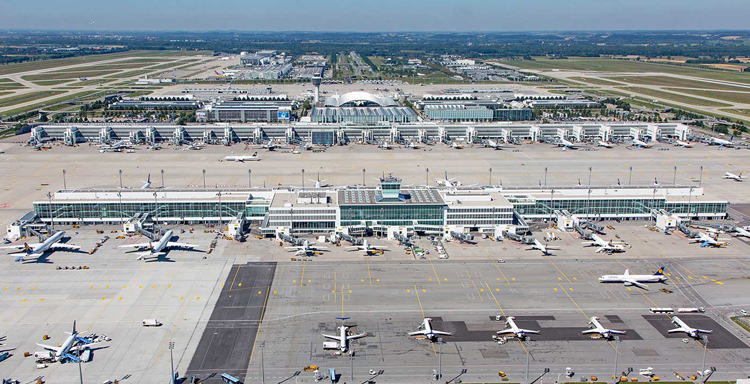 For the third time, Munich Airport (MUC) has been recognised by the Carbon Disclosure Project (CDP), an international climate protection organisation, for its successful efforts towards climate protection. The airport achieved ‘Leadership Level’ and was awarded with an ‘A-‘ Climate Change category rating.

By achieving the ‘A-‘ rating, Munich Airport is among the top eight per cent in its category, scoring well above average among its international competitors, and is in the right position to begin efforts towards achieving net-zero carbon emissions.

CEO and President of Munich Airport, Jost Lammers, said: “Our CDP score confirms that we are on the right track to successfully implement the Net Zero 2050 resolution of Airports Council International (ACI) Europe, in line with the Paris Agreement and the EU climate neutrality target.”

International Airport Review is delighted to announce that Munich Airport is the host airport partner for our annual conference, Airport IT & Security, taking place in Munich from 19 – 21 October 2020.

Munich Airport has implemented numerous innovative measures to ensure environmental responsibility and resource-conserving airport operations. By investing €150 million into its ambitious climate protection programme, the airport expects to reduce its total emissions by 60 per cent through its own efforts by 2030, and the remaining 40 per cent will be eliminated through appropriate offsetting measures.

The Carbon Disclosure Project collects data on climate change measures by companies, assigning ratings between ‘A’ and ‘D-‘ following the assessment of the collected data – in 2019, a total of 8,361 companies submitted data to the organisation. With the positive assessment, the Carbon Disclosure Project has again recognised Munich Airport’s determined and long-standing efforts to decarbonise its operations.