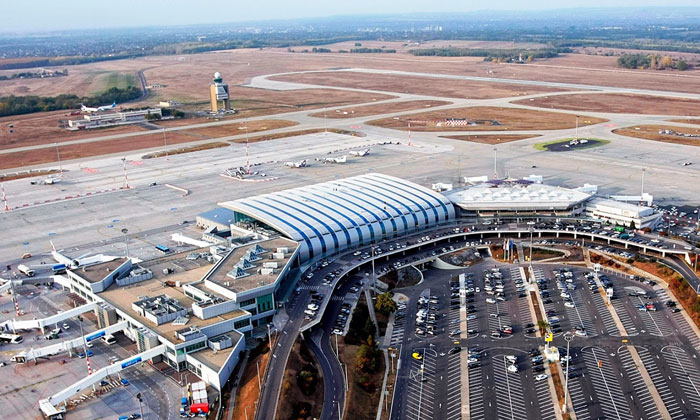 AN ELITE GROUP: Budapest joins only 30 European airports to have secured the accreditation

The accreditation scheme launched by ACI found that the operation of Budapest Airport had reached a healthy enough balance of energy consumption and energy production to be awarded its highest ranking. In Europe, only about thirty airports belong to the carbon-neutral group.

Under the framework of this programme, Budapest Airport replaced the lighting fixtures in the terminals with energy-saving LED-based systems, continuously refurbished the district heating pipes and water supply system, and upgraded its air conditioning and air handling equipment on an ongoing basis. As a result, CO2 emissions at Budapest Airport per passenger has been reduced by as much as 44 per cent over the last five years.

“In Europe, only thirty airports are in the elite club of carbon-neutral operations, and in Central- Eastern Europe we are the first to receive this accreditation,” said Gábor Szarvas, Environmental Director of Budapest Airport.

He added, “Since passenger traffic has been increasing significantly, we are continuously working on making the airport operation greener, in the framework of our Greenairport programme. This summer the new passenger pier at Terminal 2B will be handed over, featuring state-of-the-art technologies of heating and cooling. In addition, we continue to increase the number of electric vehicles at the airport and to commission charging stations, reducing CO2 emissions due to fossil fuels.”

Apart from optimising its own operation, Budapest Airport is also encouraging its partners at the airport as well as all other organisations and authorities to adopt sustainable practices.