Katowice Airport is the biggest regional cargo airport in Poland, and forecasts 2021 to be record-breaking when it comes to its amount of handled freight. 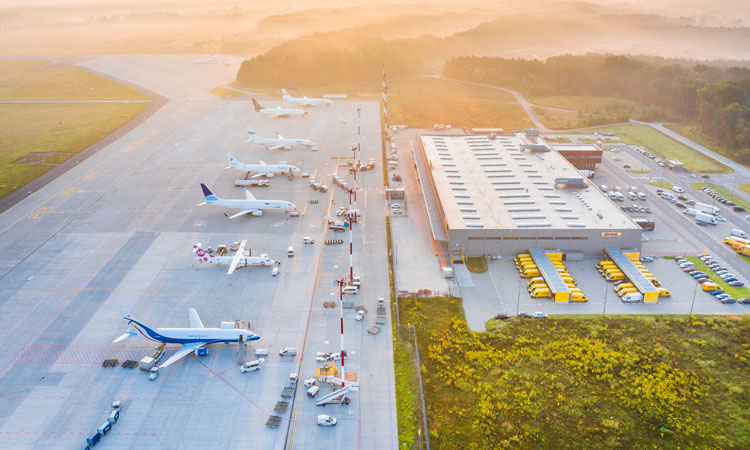 Katowice Airport is reporting continued growth in its cargo traffic.

In September 2021, the cargo terminal at Katowice Wojciech Korfanty Airport handled 3,230 tonnes of freight – 76.2 per cent more than last year. In the same month, 533 cargo aircraft take-offs and landings were noted – 255 more than during the same time period in 2020.

Looking at 2021 so far, 22,627 tonnes of freight were handled at Katowice Airport, an incease of 56.7 per cent in comparison with the first nine months of 2020. It will come as little surprise to those in the industry, that this result is better than cargo traffic achieved throughout the whole of 2020, when 20,369 tonnes of freight were handled on cargo routes to, and from, Katowice.

“We forecast this year will be record-breaking when it comes handled freight,” commented Artur Tomasik, President of the Management Board of Górnośląskie Towarzystwo Lotnicze SA, the company managing Katowice Airport. “We estimate that the end-year result will exceed 30 thousand tonnes,” he continued.

“For us, as the manager of the airport, the increase of the number of cargo aircraft take-offs and landings is significant, because it contributes towards revenue growth. Currently, there are 10 regular cargo routes available at Katowice Airport; four of them were launched in 2021. It is my opinion that, thanks to our cooperation with cargo operators, new regular cargo routes will be launched next year, thus contributing towards maintening the growth of not only the amount of cargo handled at Katowice Airport, but also the number of cargo aircraft take-offs and landings.”

Cargo traffic is an important area of ​​activity at Katowice Airport. Leading cargo operators in Europe have their regional bases at the airport, with the regular cargo flights network comprising of 10 routes.