Construction of the new runway has been ongoing for eight years, and represents one of the most significant projects in Brisbane Airport’s history. 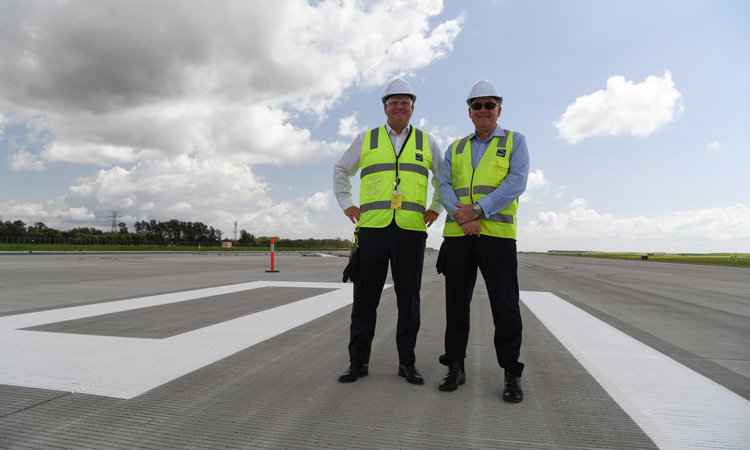 Following eight years of construction, which is coming to an end, Brisbane Airport Corporation (BAC) has announced a confirmed date on which Brisbane Airport’s new runway will begin operation.

The runway will begin to serve flights landing and taking off from the airport as of 12 July 2020, with timings of the first arrival and departure yet to be confirmed.

Line marking of the new runway and accompanying taxiways began in mid-February 2020, the final part of the runway construction project. Over the following month, over 6,780 litres of paint will be placed on the runway and taxiways, spanning 120km in length.

Chief Executive Officer of Brisbane Airport Corporation, Gert-Jan de Graaff, said: “I am proud to have been part of an iconic project that will transform and provide unlimited opportunities for our city, region and state. This is a culmination of eight years of physical construction, many years before that in planning, and foresight from nearly half a century ago for one of the most exciting projects in Brisbane’s history.”

Emphasising the wider impact of the runway, de Graaff continued: “The new runway is so much more than asphalt; it is an enabler for growth across all facets, with an estimated 7,800 new jobs created by 2035 and an additional five billion in annual economic benefit to the region. We are seeing firsthand that the new runway is bringing more flights, destinations and choices for the travelling public, and this growth will only strengthen from 12 July 2020.”

Discussing possible effects on the surrounding communities, de Graaff emphasised: “While we recognise the benefits of the new runway and airport will be felt right across our city, state and country, we are conscious of our community and the potential impact of new flight paths in relation to aircraft noise. BAC has always been incredibly proactive in keeping our community informed about the project and aircraft noise, and we will continue our extensive community engagement programme well after the runway itself opens, generating honest and informed conversations about the new flight paths.”