Julio Ribas, CEO of Salvador Bahia Airport details the airport’s green initiatives and explains how their achievements thus far are inspiring them to work harder to create truly sustainable mobility. 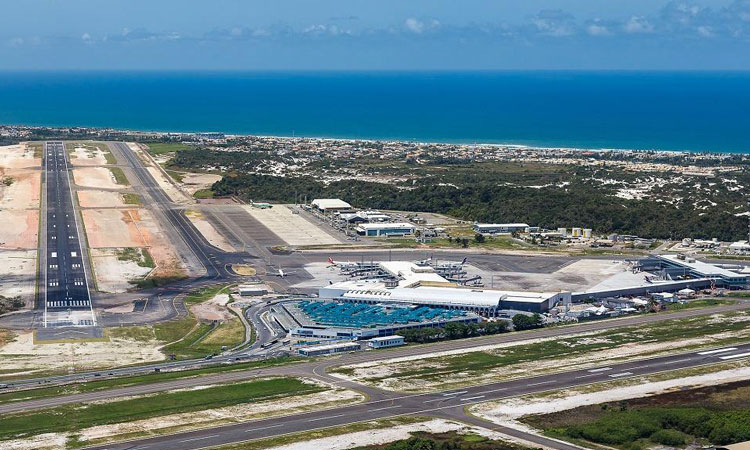 When VINCI Airports arrived in Salvador, it intended to deliver more than a safe and efficient structure for its passengers. The desire was to fulfil one of its main global ambitions: to create and empower sustainable airports. The network is the first airport operator to have a global environmental policy, which states that there is no development without sustainability.

Three years after VINCI Airports started this endeavour, we are proud to have been recognised as ‘The Most Sustainable Airport in Brazil’ for the second year in a row, an acknowledgment granted by the National Civil Aviation Agency (ANAC).

This wish comes from the fact that we embrace sustainability as strategic for our business, passengers, airlines and our community. Our objective at Salvador Bahia Airport is not only to promote positive mobility, but to preserve the planet and leave a legacy for the regions where the VINCI Airports network operates. In addition to acting to reduce our carbon emissions, VINCI Airports is working strongly to reduce our environmental footprint. Our ambition is to contribute to the preservation of biodiversity, water resources, and the promotion of an environmentally friendly mind-set.

Shortly after the start of VINCI Airport’s concession, we have managed to transform an airport which was previously the target of much criticism, into a positive reference in terms of the environment. We were the first airport in Brazil not to dispose solid waste in landfills – as 100 per cent of it is sorted, sent to an environmentally suitable destination and recovered – to adopt a zero-liquid effluent policy, and a solar energy plant. We have incorporated the concept of circular economy into our day-to-day activities and reduced our carbon emissions by around 30 per cent, even though we have expanded the built-up area of ​​the airport. We have invested around US$ five million throughout the modernisation works in structures such as a modern Effluent Treatment Station and a Waste Centre.

In addition, during the requalification, we have favoured equipment, such as escalators and air conditioning units, that are more efficient and therefore consume less energy. We have replaced all conventional light bulbs with LED and installed a solar plant that provides 4,215 kWp of power. Depending on the time of year, it is capable of supplying 30 to 40 per cent of Salvador Bahia Airport’s daily energy needs.

Currently, we have a team dedicated to the preservation of biodiversity, which studies the behaviour of, captures, treats, and returns several animals identified at the airport site, to their original home in nature. More than 200 species of fauna have been identified and catalogued, including birds, amphibians, reptiles, and mammals. By carrying out preventive work to mitigate the avian risk, we have been able to reduce the number of bird strikes by 80 per cent, helping to preserve more than 150 species.

Several sustainable initiatives have been implemented to reduce water consumption. With the installation of a new Effluent Treatment Station (ETE), we were able to embrace the water re-use culture within the airport. The water that was generated as waste has been incorporated into our daily activities for non-noble purposes; first in the renovation works and cooling tanks and later in the toilets, reducing the need for drinking water at the airport by 37 per cent.

To reduce the consumption of drinking water, the airport’s faucets have been fitted with aerator nozzles, which reduce the flow without affecting user perception. Equipment was also installed to contain and mitigate possible leaks of oil or fuel contaminants that could reach the drainage channels. The last initiative in place was the implementation of a system to capture water from air conditioning equipment, which will result in savings of 15,768m³ of this natural resource.

The national recognition we received from the Civil Aviation Agency as the most sustainable airport in Brazil was not the only one achieved over the last three years. Our projects have led us to be appointed as a highlight in sustainability by the Ministry of Infrastructure of Brazil, as well as a Green Airport by the Airports Council International – Latin America. We have also joined ACI’s World Environment Standing Committee, proudly representing VINCI Airports.

Yet, this recognition does not mean we are about to stop. At VINCI Airports, we believe in positive mobility, in a future where the way we connect is environmentally friendly. We still have a lot of work to do; our goal is, by 2030, to halve our carbon footprint and water consumption and, by 2050, to achieve net zero carbon emissions. We are on the right path, as we have an engaged team that is always looking for new opportunities to improve our environmental performance. This year alone, 12 new projects are being studied for implementation.

It is not enough for us to limit this environmental transformation to within our walls. In addition to having already involved our sub-dealers in this journey, we open the doors to those who want to get to know our strategy and projects up close. We want to expand this movement and mobilise other actors to also move towards a more sustainable future. Because, at VINCI Airports, we aim and embrace positive mobility.